The influence of formation pruning in the cork tree growth rate: a case study. 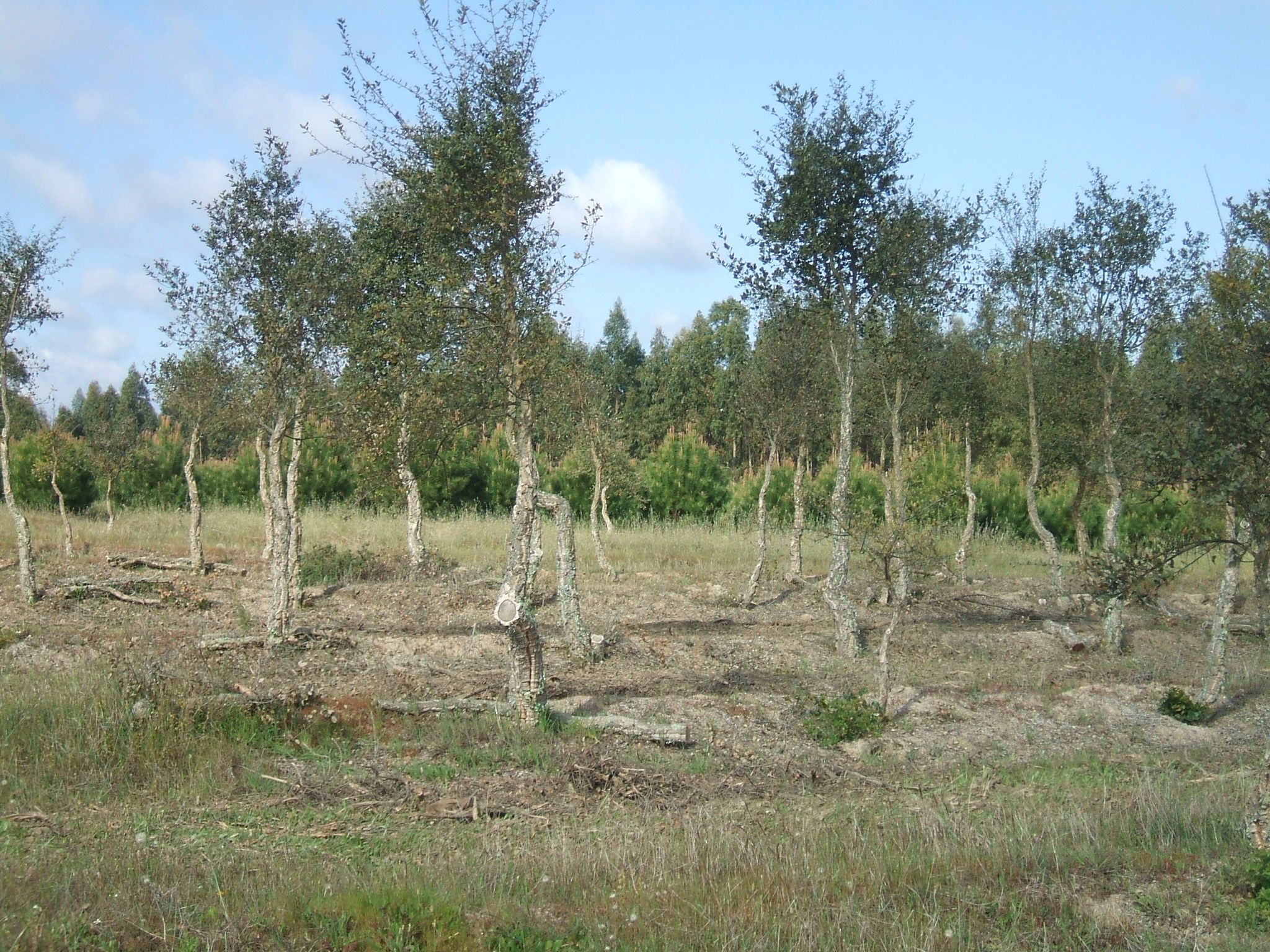 An experimental trial was conducted in a young cork oak plantation located in Montargil, with 420 trees/ha and understory vegetation dominated by Cistus spp. Soils are classified as Arenosols, with 192 cm soil depth and sandy texture.
Each tree was randomly attributed one of the following pruning intensities: no pruning, low (less than 1/3 of the tree crown removed), high (1/3 of the tree crown removed). The trees within the plot were measured before pruning – at 12 years of age, after pruning – at 15 years, and five years later – at 20 years. The tree response variables considered were: diameter over cork (dbh, cm) and the total height (h, m).

The formation pruning is an operation usually defined in forest management plans established for cork oak stands plantations. It aims at removing tree branches, usually the lower ones, therefore promoting the development of a long-straight stem, at least up to the expected future debarking height. This will later on facilitate cork harvesting operations.
It is unclear if the pruning intensity affects the tree growth. This factsheet shows the results of a case study where tree growth was compared between trees not pruned, and trees subject to two pruning intensities.

Cork oak is a tree species that often show bifurcate stem and develops a shrubby crown conformation, with high number of low branches. In order to reduce these conditions, it is important to early interfere by performing formation pruning.
The financial impact of this operation, due to labor costs, implies its implementation to one or two operations. Its delay until the first debarking operation may compromise the tree conformation and its upcoming cork debarking.
The case study results suggest that, for the site conditions and specific pruning intensities, the formation pruning does not have an impact on the tree growth. Therefore, is recommend a pruning intensity of 1/3 of the live branches, for the trees that may benefit from it by observation.

The study presents data and results from one trial with specific stand characteristics. It supports the implementation of the formation pruning technique in order to promote the development of a long-straight stem, up to 2 m of height, that will latter facilitate the tree cork harvest.
The results must not be extrapolated to other pruning intensities (removal of more than 1/3 of the tree crown). In addition, these results should be considered carefully for stands with distinct soil characteristics and understory composition.

Similar trials should be implemented in stands characterized by distinct soil characteristics and understory composition, with other levels of pruning intensity and additional tree variables (e.g. leaf water potential). Further studies will allow a more detailed statistical analysis regarding variables significance and drivers assessment.
Economic analysis of this operation investment return should embrace distinct scenarios. This would help landowners/forest managers to support their decision on the formation pruning number to perform up to the time when the stand starts to produce cork.

Figure 2 – Percentiles for each of the three pruning severities: without, low or high. Joana Amaral Paulo