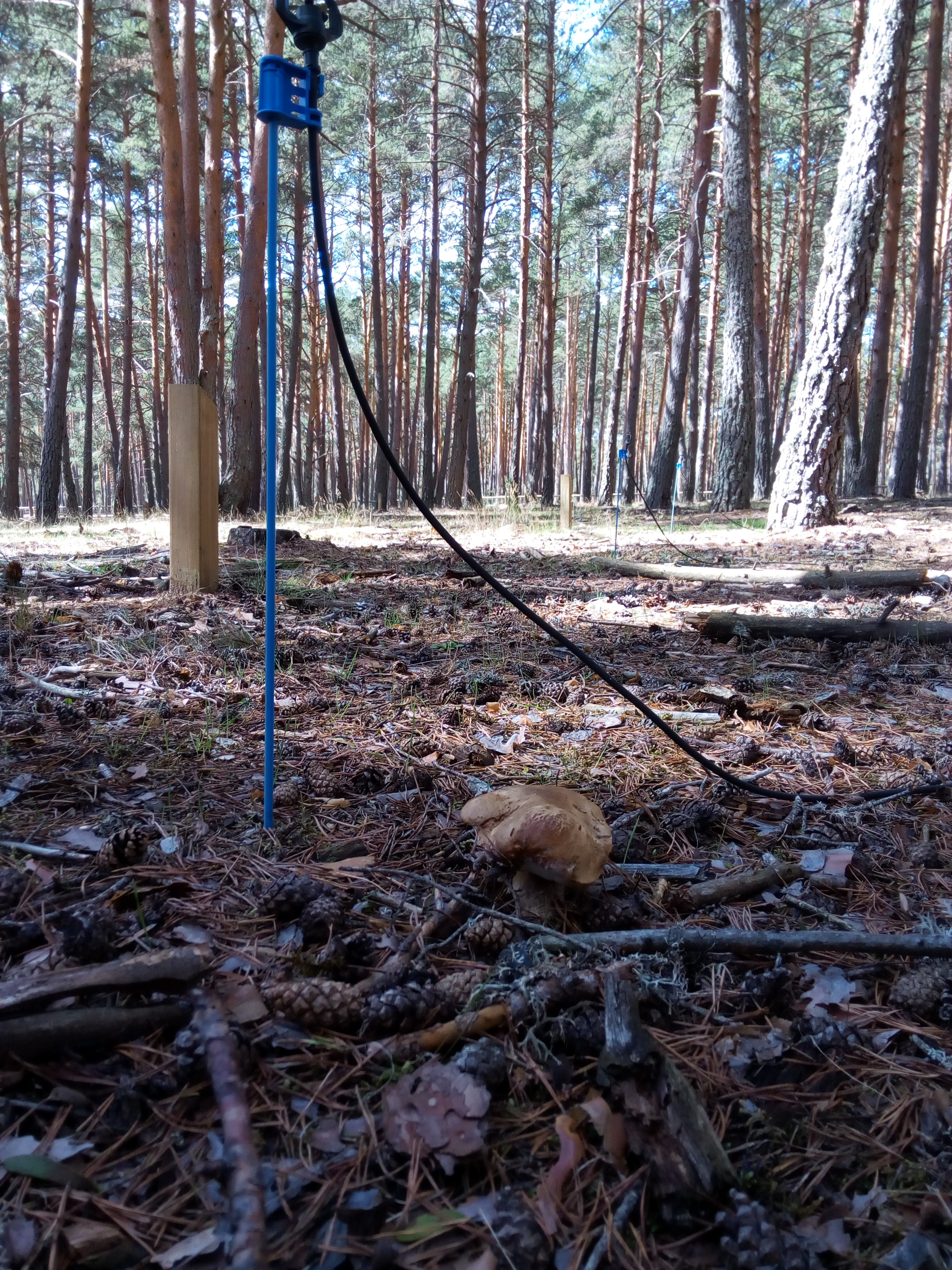 The experimental device consists of 4 sample units, each composed of four permanent plots, with an area of 60 m2 each. Each plot is randomly distributed within a continuous forest site of Pinus sylvestris with a perimeter delimitation that prevents access and uncontrolled harvest. This space is equipped with an infrastructure for the application of different doses of irrigation through micro irrigation that reach 20 liters per week. Since year one (2017), scenarios with different rainfall conditions are being tested with a parallel development of weekly inventories of macromycetes.

The main objective of the project is the creation of a mycological reserve with a demonstrative and informative purposes as well as to guarantee the fructification of  a wide fungal cortex through the application of waterings. Parallel to this main objective and taking advantage of synergies, an experimental device has been established aiming to evaluate the evolution of fungal ecosystems under climate change scenarios. Specifically, the incidence of rainfall variations on wild mushroom production is evaluated for further analysis on future climate change scenarios.

Despite having a short data series (3 years) in a preliminary analysis of the results, in all cases (years) a positive response in the fructification of macromycetes with application of watering has been observed, along with a clear relationship between the fructification and the moment in which irrigation is applied. Moreover, dependence on climatic conditions during the fruiting period has also been noticed. In three inventory campaigns, a total of 6972 macromycetes have been recorded, identifying 75 different mycological species. The informative and demonstrative character of this space was accomplished through an average of 15 visits and 500 visitors per year.

The development of the inventories should be carried out by highly qualified personnel due to the complexity of the identification without collection and to avoid duplication when counting the specimens that have been recorded in previous samples. Despite this peculiarity of the inventory, in most cases the taxonomic classification has been achieved at the species level. To avoid the bias of duplication of specimens, it has been designed an application where it is possible to consult, during the sampling, the specimens registered in previous samplings. The fungal species are registered in the database for further analysis.

The promoter of the space (Natural Heritage Foundation of the Region Castilla y León) and the managing entity (Environmental Territorial Service of Soria) have supported this experimental initiative, while contributing with the necessary resources for the execution of the infrastructure, as well as the development of the fungal inventories. The approach of new experimental designs for an analysis of the variation of the fungal cortex under the influence of climate change requires sophisticated designs of rainwater exclusion structures, in order to avoid the influence of shading and of the water flows eliminated with the forest mass adjacent to the plots.

What, how much, why and at what point? These are some of the answers that we must solve with the experimental designs that are proposed from now on. There is the need for models that relate productions, using tools that quantify accumulated precipitation at any point in the territory, in real time, with great precision and fine scale. The early prediction of the fructification is useful information for the exploitation manager, allowing anticipated actions directed to a sustainable management of resources. 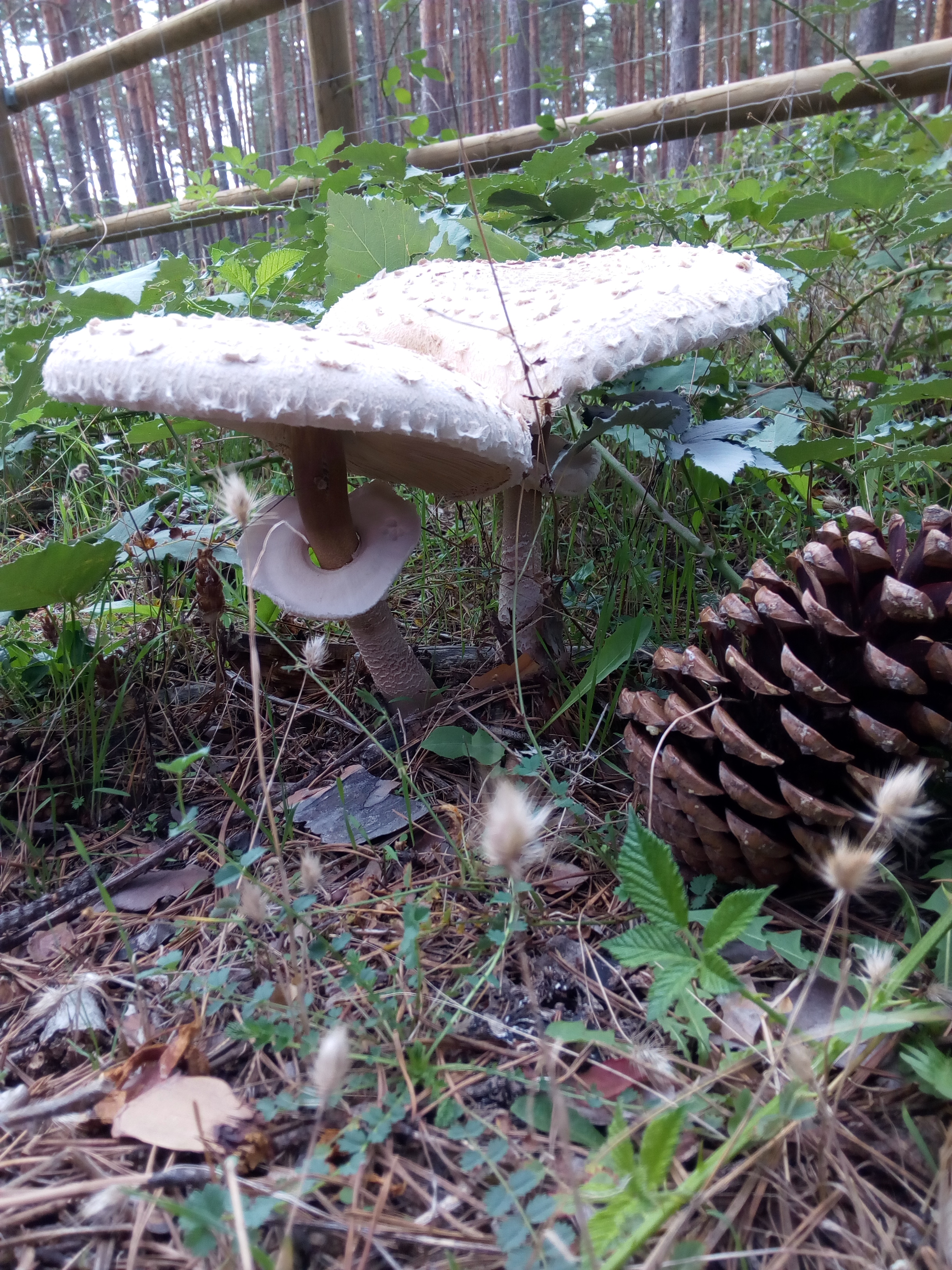