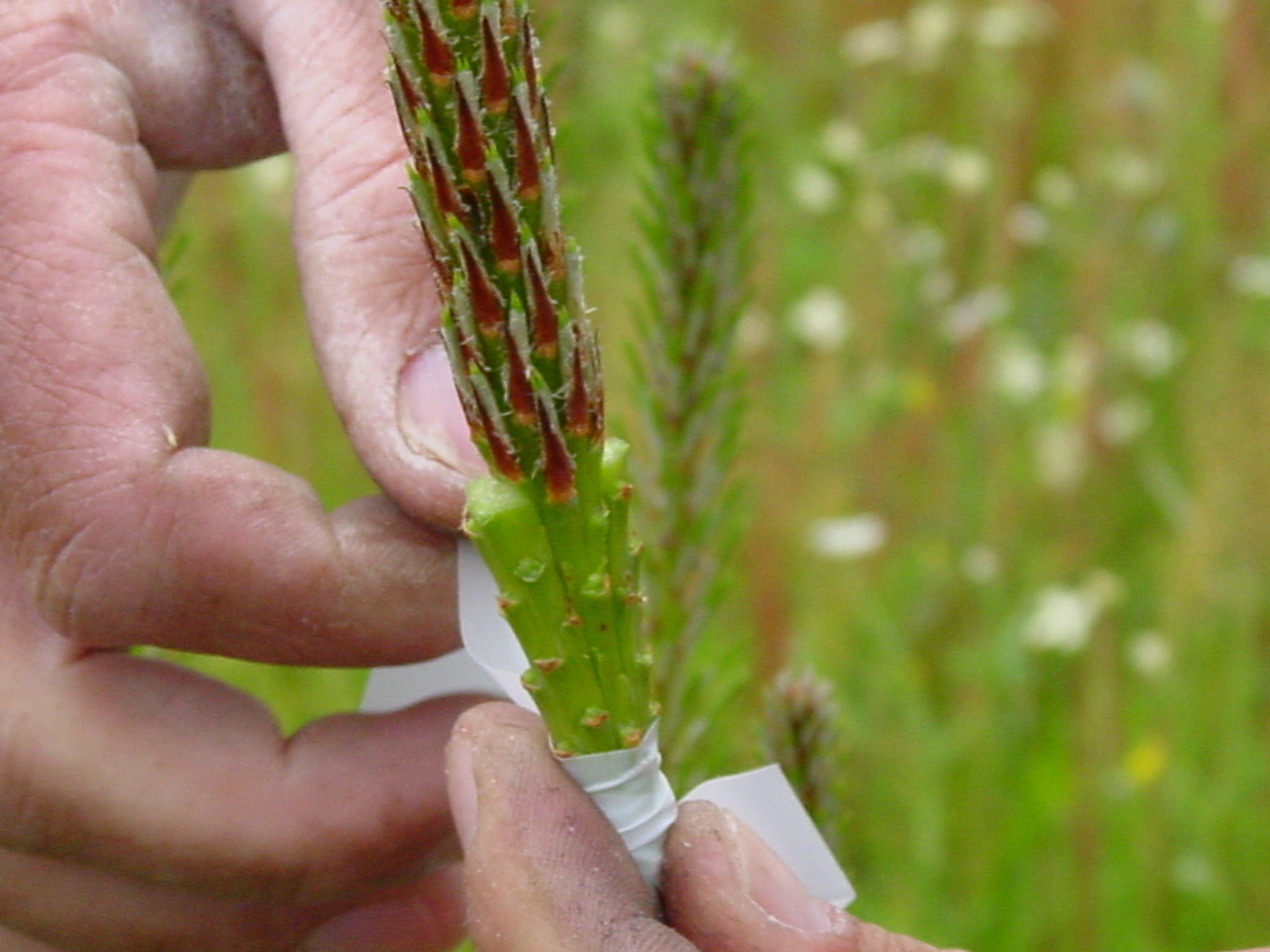 The application of grafting in stone pine has been spreading over the last decade in plantations for producing the edible pine nuts. Commercial scions are obtained from plus trees - stone pine trees selected for their growth characteristics, vitality and cone productivity.  Registered base materials are available in Portugal, a qualified clone mixtures from 64 plus trees, and in Spain, 10 qualified clones and 5 tested clones after evaluation in common garden trials.
The advantages of grafting are:

There are several requirements and experiences for a successfull graft, that are reviewed in the following from a practical point of view.
In coastal regions like the Portuguese Alentejo or Catalonian Empordà, grafting is usually performed directly in the field on young plantations, by specialised teams of skilled forest workers.  In-nursery grafting on container-raised rootstocks is an alternative, not discussed here, for harsher climate conditions where in situ grafting has a low success rate due to unpredictable spring weather (rain, wind, or late frost in some years, early heat waves in others).
Several handbooks and guides are available online for further consultation.

Woody grafts do not prosper in stone pine. Only fresh terminal buds can be used as scion for tip-cleft grafting, replacing the leader shoot bud of the stock.  This limits the grafting season in the field to a few weeks,  in April/ May, depending on the acumulated degree day sum that times the shoot phenology: saplings used as rootstock must have just started shoot elongation, the same as the scions, but clearly before needle emergence onset.
The tip-cleft graft is fixed with grafting tape, then covered with a perforate transparent plastic bag and finally with a paper bag for reducing direct insolation.
The success rate will depend on the grafter's experience, and on favourable weather conditions. Scions state is essential, conserving them after harvest in perforated plastic bags or moist textile inside a portable fridge, never more than 48 h.

Trees' crown development depends on the part of the scion used: only conserving its tip warrants a well balanced branching crown and female conelets from the beginning. Using sectioned lower scion parts leads to bushy proliferation of adventitious branchlets whose follow-up pruning will be expensive.
Only scions acquired from  certified base materials, in Portugal by ICNF,  in Spain by Regional Governments, and sold with a supplier document are legal and provide guarantees of origin.
To assure genetic diversity, neighbour trees should be grafted with scions from several clones, mixing at least 15-18 different clones/ hectare.
Female cone are formed as early as the following year after grafting, but male flowering only occurs several years later, so early cone production will depend on wind pollination from nearby adult stone pine stands.

Although the application of this grafting technique directly in the field has high success rates in Portugal, grafted plants in nurseries are identified as a market need, essentially to face the lack of specialized labor and the short annual grafting season in the field  (3 to 4 weeks, varying between years. Container-raised grafts to be outplanted afterwards, a technique preferred in other countries or regions, namely in inner Spain, can offer also a key-in-hand solution for newcomers in the pine business, who do not count on the logistics and facilities for grafting   in the field.

It is possible to graft stone pine on rootstocks of other pine species, namely Aleppo pine, maritime pine or, for instance in Chile, Monterey pine. In relation to the latter two, their susceptibility to the pine wood nematode seems to make them a risky option.
Aleppo pine stocks are used  for grafted stone pine on calcareous soils, where Aleppo pine root systems might be better adapted than stone pine. Nevertheless, the effect of the rootstock on cone production compared with stone pine stocks is still object of ongoing research in different regions, namely eastern Spain and Tunisia, the results are  not yet conclusive.