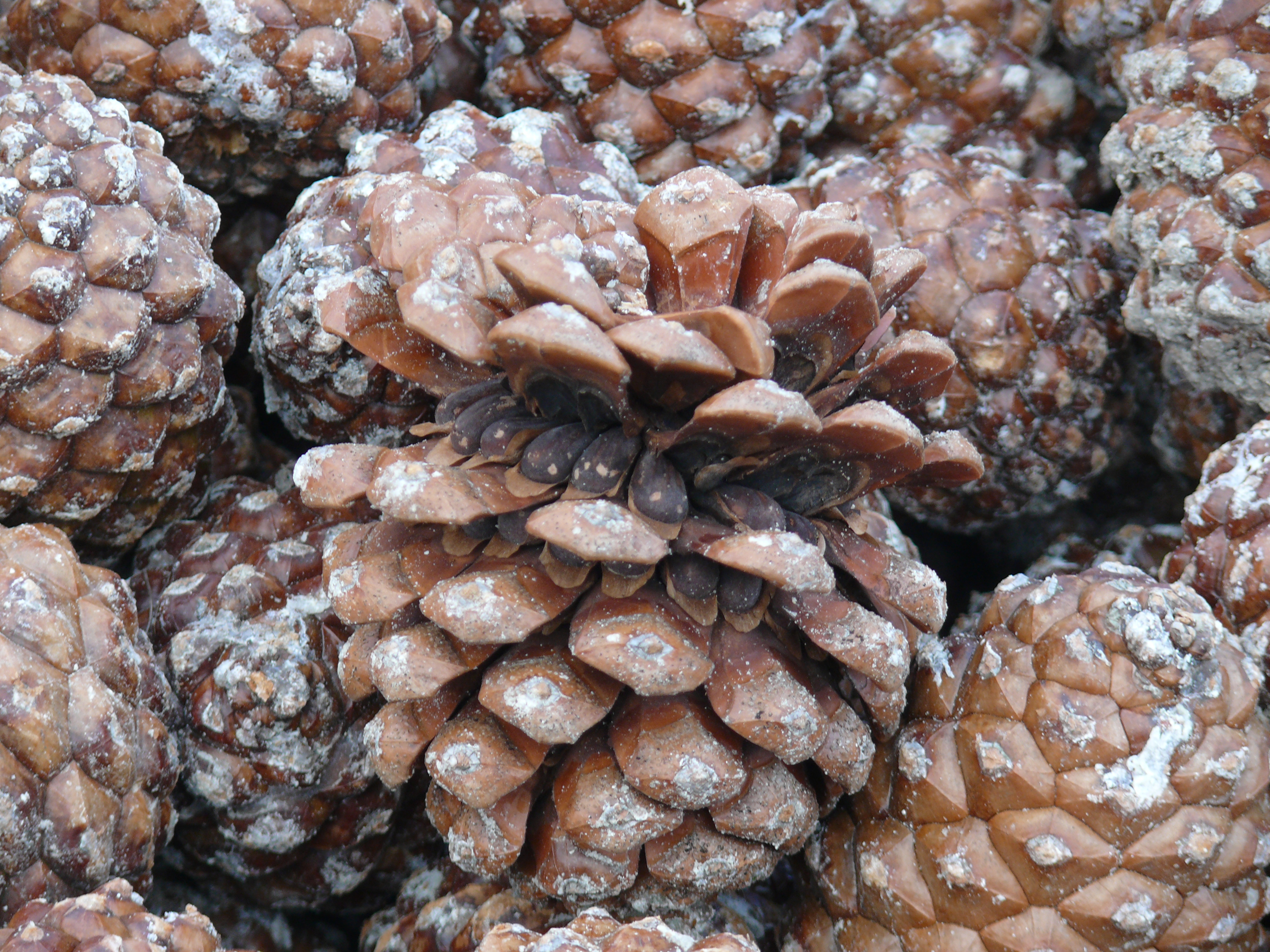 In Portugal, most of the pine cone businesses are still carried out without real knowledge of the quantity traded, which makes it difficult to monitor the market price, since the sales values ​​considered (€/kg) do not always correspond to the real price.
Currently it is not possible to predict the pattern of evolution of the price of the pine cone annually throughout the campaign. The option to harvest the pine cone and store it for later marketing will have to consider the decrease in the weight of the pine cones associated with the moisture loss.
The local landowners association APFC, took the initiative of this study,  weekly monitoring the pine cones weight evolution in each set (warehouse or shed).

The objective was to evaluate the loss of moisture in pine cone during the storage after harvest, comparing the storage inside a warehouse or just under a shed. This information is intended to support the producer in deciding when to sell, at the beginning, during or at the end of the commercialization campaign, taking into account not only the market price / kg but also the weight loss of the pine cone due to the loss of moisture.

Monitoring the loss of moisture from the pine cone harvested in December (2015) over 4 months (April / 2016) by packaging 30 kg of pine cone in two mesh bags that were weighed weekly and with two storage options: outdoors free - under shed (excluding rain) or in a closed warehouse, allowed to obtain the following results:
• Moisture loss of 21% (pine cone kept in the warehouse) and 24% (pine cone outdoors under shed) at the end of April;
• The effect of the average relative humidity of the air was verified mainly in the pine cone stored under a shed, whose weight loss was accentuated when the relative humidity of the air decreased (increasing the dryness);
• The pine cones stored in the warehouse had a more constant weight loss over time.

The study was carried out considering only a small amount of pine cones (30 kg). Larger amounts of pine cones will evidently have a moisture loss curve different from the one presented, due to less air circulation in the pile of pine cones.
No information was included about the quality of the pine nuts obtained after 4 months storage in this study. Storage must be carried out under appropriate conditions that prevent the development of pests that may decrease the kernel yield from the pine cones.

Comparison of the pine cone moisture loss  stored in a shed or in a warehouse. APFC, 2016.