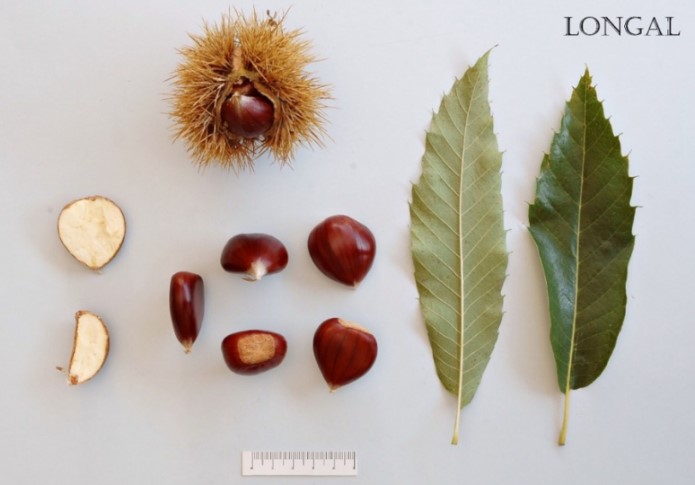 The appreciation of the chestnut fruit is still limited to its size, which leads producers to adopt larger sized varieties, such as Judia or Boa Ventura or even French varieties. This has transformed production areas into uniform and monovarietal zones, reducing the spectrum of grafts used,  risking many traditional regional varieties and leading to a reduction in biological diversity in the Souto ecosystem. A chestnut type, whose price has been devaluing but is of great importance to fresh markets and processing, is the Longal variety.

Chestnuts are an extremely important product for the Portuguese region 'Terra Fria Transmontana', representing one of the most profitable crops today. Its commercialization is still done based solely on caliber, an essential characteristic to satisfy a consumer little informed about the diversity of existing varieties. Longal is a traditional regional variety from PDO Castanha da Terra Fria, with excellent characteristics for fresh consumption and the processing industry. It is important to work on its promotion with consumers and producers.

Several studies have demonstrated the potential of the Longal variety compared to other varieties. The fruit is easily recognized, due to its elongated shape, reddish tones and well-marked and characteristic longitudinal stripes. It is sweet with a high starch content and excellent taste. However, it is a relatively late-maturing variety, with lower yields and of medium caliber. It has good dehiscence of the fruits (the chestnut falls out of the burr), and these are monospermic without recesses (i.e., the kernel is not divided). It has the best technological aptitude, with easy peeling and good conservation capacity and is thus the variety of choice for the industry.

It is the industry itself - the main responsible for setting prices to the producer - should work in favor of discrimination in the quality of the fruit and homogeneity of lots (by variety), contributing to an equal valuation of this variety in relation to others.
The identification of productive areas by variety and more detailed studies of the ecological needs of each will bring benefits in terms of installation options for new chestnut orchards and the subsequent differentiated harvest of the fruit.
It is necessary to promote Longal among the consuming public, informing them about the diversity of existing varieties and the added value of each one, demystifying the importance of caliber against taste and peeling ability.

Because it is a late variety, it has limited use for the national fresh market, often appearing after the period of greater internal consumption (around the celebration of St. Martin's Day) or at a stage when the market is already saturated with prior chestnut varieties.
It is also necessary to consider that the loss of interest in national varieties may be aggravated, for example, by the fact that the French hybrid Bouche de Bétizac shows resistance to the chestnut gall wasp, a pest recently introduced in Portugal and that will have serious consequences for production.

The segmentation of the market by varieties still needs a feasibility analysis, as the consumer is not yet informed enough to recognize and choose one over another. However, this differentiation already exists in a more-or-less covert way due to the use of specific varieties for certain markets (such as the use of Longal for luxury confectionery). Despite this, publicity actions with the general public could provoke a growing interest in the Longal chestnut in the medium term, forcing the market to adapt to the consumer's interest. 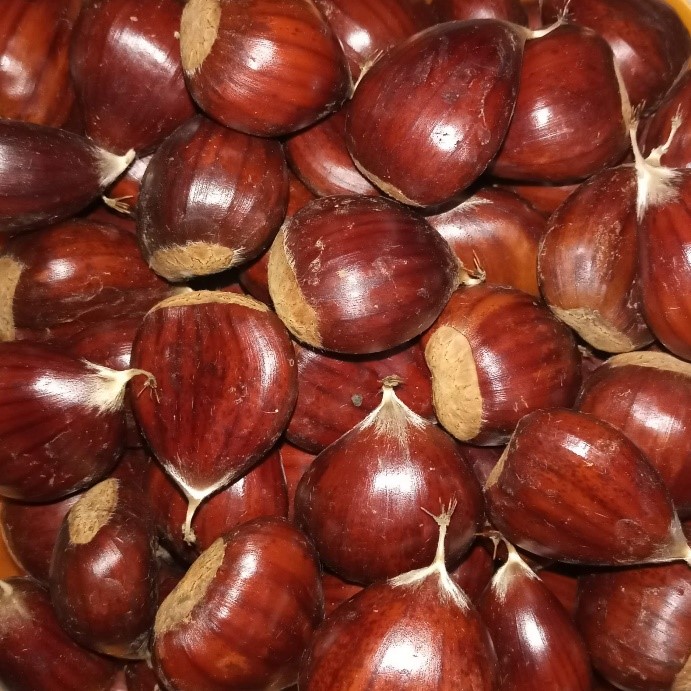