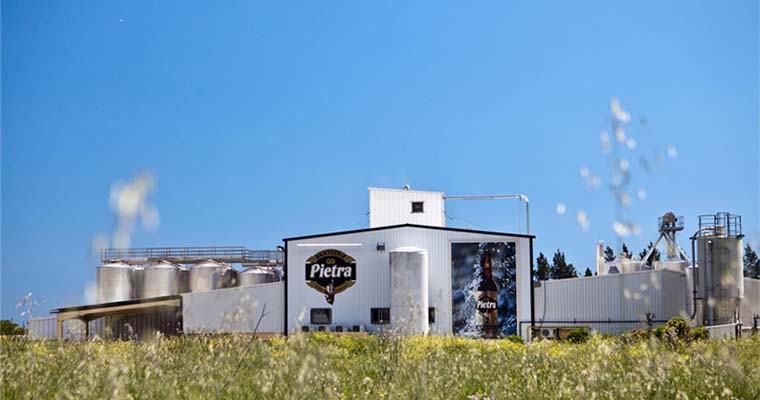 In 1992, French beer market was in recession. The production decreased from 22 million hectolitres to 20. In France, only ten breweries remained. The “little” brewery traduced at this time an obsolete economic model and a failing business sector. Furthermore, Corsica was not a region where people drink beer.
The Sialelli family, at the origin of the project, is from a village named “Pietra Serena” in Corsica. The Saliellis wanted to pursue their professional activity in Corsica to raise their children in this region. The Sialellis also wanted to develop an innovative project for Corsica.

The objective of the project was to create a Corsican beer that could be recognised by fine beer lovers, a high-end product that is also thirst-quenching in order to adapt to the Mediterranean climate. This beer had to be with character and to be brewed with a mixture of malt and Corsican chestnut flour, insular raw material. To do this, a brewery had to be built in Corsica and had to reach 10,000 hectolitres of production capacity.

25 years after the creation of the society, the Pietra brewery built in Furiani products 100,000 hectlitres of various types of beer: Pietra chestnut beers that remain the key brand, white, organic lager and IPA. The society employed at the begining 5 persons. Now they are 47.
The Pietra market is distributed equally between the home consumer market and the cafés, hostels and restaurants one. It concerns for 45% the continental part of France, for 45% Corsica and for 10% Europe.
Quality beer has become a consumer product in Corsica. Pietra has become emblematic of Corsican quality products as cold meats and cheese.
Other regional breweries have followed the Pietra model. The degustation beer market is steadily increasing.

To reach these objectives, having a solid project with a maket survey and economic feasibility studies was necessary. Daring that makes you enable to allow yourself to take risks and to fail, have permitted to make this ambitious project real.
For example, since 1996 when the brewery opened, the Sialellis had to negotiate with French continental central purchasing organizations, to enter export market in Italy and to get involved in communication.
It is also necessary not to be discouraged by the lack of confidence from banks and institutional bodies. Building equity and searching all financial subsidies for the planned society development are essential.
The time needed for the society is very important and involves a lot of work.

Pietra brand is now recognised, and goes beyond Corsican frontiers to extend to French and European territories. Pietra is a solid society that has 25 years of experience.
Her recognised artisanal know-how allows the society to create new recipes.
Pietra has a quality laboratory in the society that guarantee a continuous control and the products quality.
Pietra is a quality beer that is also thirst-quenching in a hot Mediterranean region.
However, insularity is expensive due to the economic impact of tourism.

Pietra is a family society. Its succession is now guaranteed thanks to incorporating the oldest son of the familty, Hugo Salielli, at the end of his graduate studies dedicated to this business project.
It continues its development, particularly on the French continent and on the export, for example the signing of an importation contract with societies in the United States of America, the big export business.
It wants to develop new recipes of beer.
However, some new questions linked to the COVID-19 crisis has arisen, namely:
- What will happen to the restaurants and cafés sector?
- How will the tourism sector evolve? 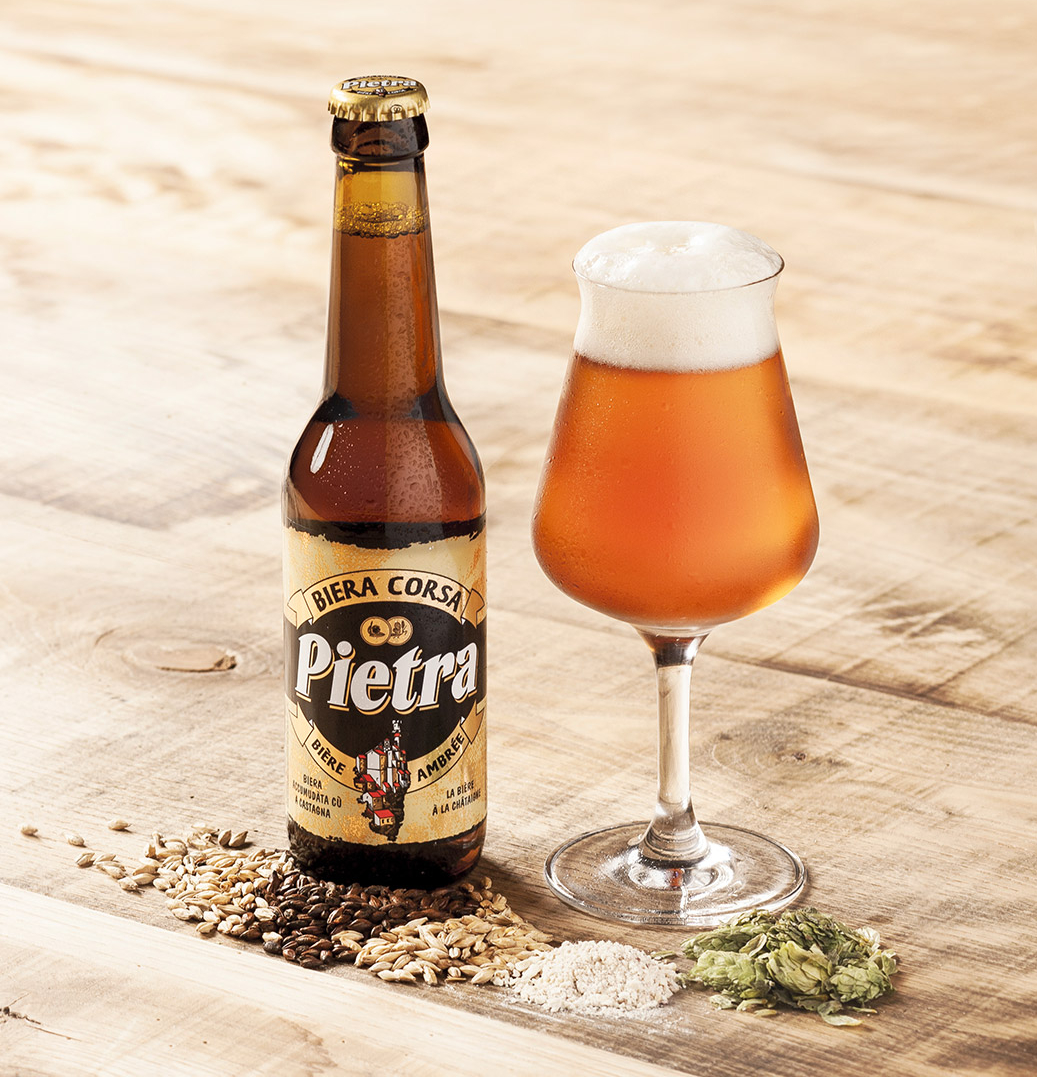