Sustainable wild collection of bearberry (Arctostaphylos uva-ursi (L.) Spreng.) in the Pyrenees as a conservation practice

Bearberry has been widely used in Europe for antiseptic and astringent properties of the glycosides arbutin and metilarbutin that are located mainly in the leaves. For many years, this medicinal use has led to periodical harvesting of this species within the natural environment in some temperate areas. In spite of the historical use as a medicinal plant, little information about the vegetative biomass production and regenerative capacity is known, although both are affected by harvesting practices.  Knowing this impact is important for preserving bearberry wild populations.

The aim of the experimental work was to study the aerial biomass production of Arctostaphylos uva-ursi present in the Pyrenees under different environmental conditions (altitude, slope and orientation, substrate, tree cover and population abundance) and to analyse the effects of the season in which it is collected (autumn or spring), the intensity (0%, 25%, 50% and 100% of the population) and the frequency of collection on the regeneration capacity of the species, in order to be able to propose some guidelines for a sustainable collection of bearberry in the Pyrenees.

In the Pyrenees, harvest Arctostaphylos uva-ursi should occur in populations located in areas without shadow tree and/or on southern slopes as these areas have the highest leaf production and the richest in arbutin content. Plant collection should be done in the autumn, when the highest content in arbutin occur, and also to do the least harm to the regeneration capacity of the plants. Only a small portion of the total stems and leaves (< 25% of the stand cover) should be cut to minimize any effect on regeneration capacity of the plant. The frequency of collection on the same population should be at least every three to four years, so a record of activity in the extraction areas is necessary.

The preservation of A. uva-ursi wild populations is justified for the commercial interest and ecological relevance of the plant (against soil erosion and nesting habitat), so after three years study in four Pyrenees locations, the main results showed that the harvesting practices have a real impact to the plant regeneration. So, in order to maintain the wild populations the main recommendations are: harvesting the plant in autumn to obtain the highest leaf yield and concentration of arbutin, gathering on southern slopes without a shadow tree, cutting only a partial portion of stem and leaves (≤ 25% of total biomass), and harvesting the same population only after three to four years after the previous harvesting.

Although in the places where A. uva-ursi wild populations is harvested it is very abundant and it may seem that the harvest has little impact, the whole biocenosis must be taken into account since there are animal species that feed on their fruits and others that use their thick plant covers to nest and protect the chicks. These factors must be integrated into harvesting practices and a compromise must be found between maximum yield, arbutin concentration and regeneration capacity and minimum impact on biocenosis.

To minimize the impact of harvesting and ensure the maintenance of wild populations, it would be important to work on the development of A. uva-ursi cultivation. So far there is little work done and little information available in this area, but it could be an economic resource in rural areas where A. uva-ursi is abundant, complementing or substituting the collection activity. In addition, other external factors such as climatic conditions and the density of ungulates living in the same habitat as A. uva-ursi are probably affecting wild populations abundance. 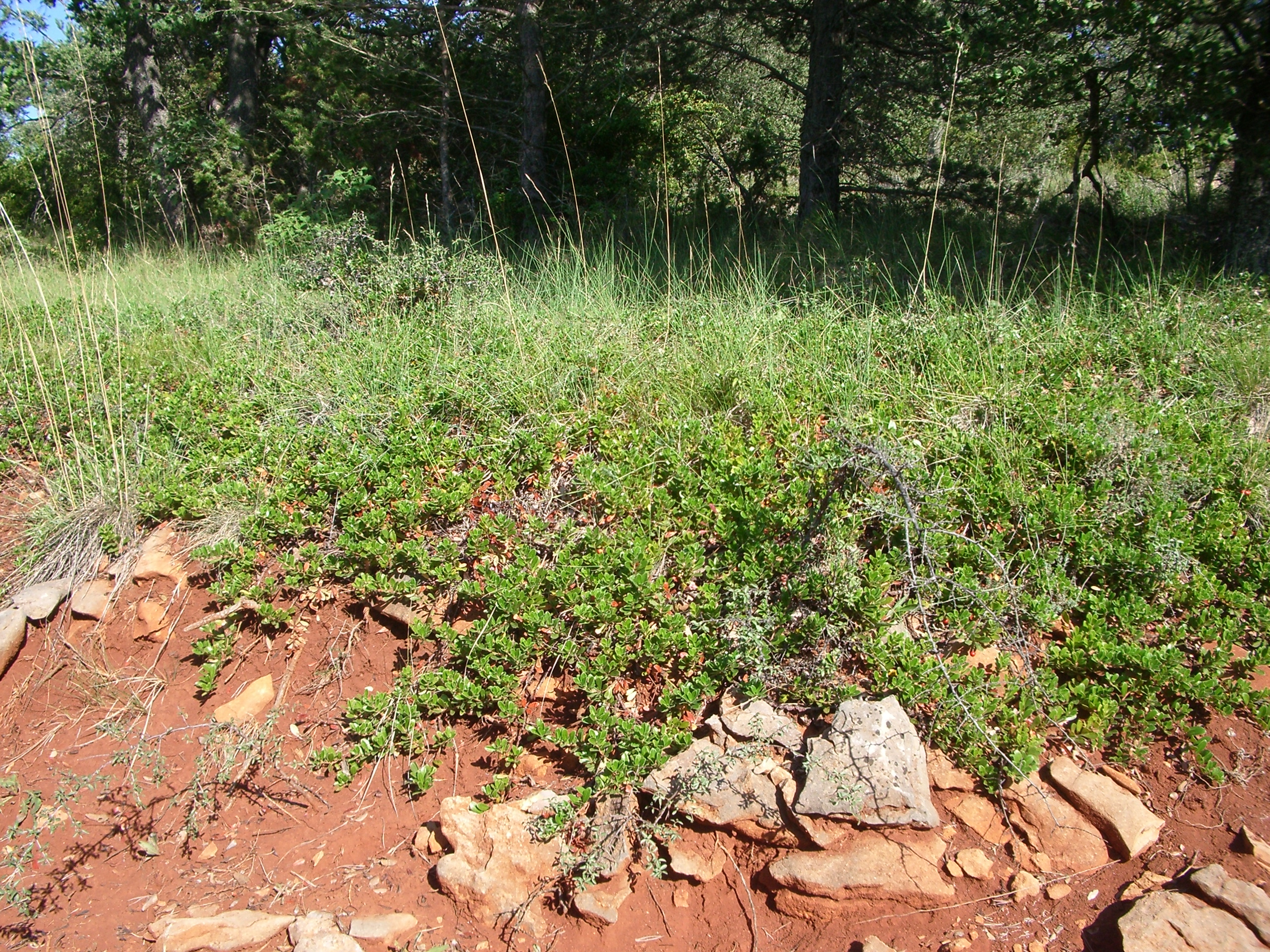