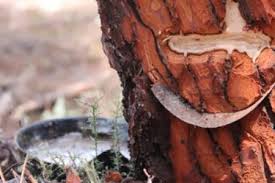 The consumption and trade in non-wood forest products (NWFPs) are of great importance in the Mediterranean area. In many cases, statistics relating to these NWFPs do not reflect the true production. The existing initiatives to quantify resin production and resource potential at national level in the Spanish Forest Statistics are presented here, along with other noteworthy initiatives for the development of the sector. This characterization is of particular interest given the fluctuations in resin production in recent years and the necessity to identify its uses and structure the sector based on the resource potential.

The objective is to present the different initiatives that exist at the national level in Spain to characterize resin production and the potential of this resource. These initiatives, framed within the Spanish Forest Statistics defined in the Spanish Forest Law 43/2003, include both production statistics and characterization of the forest resources that either produce or could potentially produce resin.

Significant efforts have been directed towards identifying and characterizing areas and methods of resin tapping in the National Forest Inventory (NFI). In the 2º and 3rd National Forest Inventories (NFI2, NFI3), information on resin tapped trees was recorded, regardless of whether the resin tapping activity had been abandoned or not, noting the method and the number of resin notches. In its current cycle, the Fourth National Forest Inventory (NFI4), the variables inventoried have been extended to include information on the state and use of the resin pine stands and to classify the stands according to their potential so that possible exploitation can be prioritized. The Forest Map, which is the cartographic base for the NFI, provides information on the area populated by P. pinaster and the Forest Statistics Yearbook characterizes resin production nationwide at the end of each year.

Worthy of mention among the initiatives in the Spanish Forest Policy is the Socioeconomic Activation Plan of the Forest Sector (PASSFOR), which establishes recommendations to address the main structural problems of the resin sector: smallholder structure, high extraction costs and sudden price fluctuations that decrease the competitiveness of the sector. Among the initiatives proposed by PASSFOR are: (i) To promote associativism and cooperativism among resin producers; (ii) to support the creation of an inter-professional resin organization and promote and encourage the signing of contracts between producers and industry; (iii) to propose the recognition of a legal, labour and fiscal status for resin tappers to promote the orderly extraction of resin; and (iv) to promote training and information for interested agents.

The resin sector is poorly structured. PASSFOR initiatives provide key tools to promote its articulation. It is important to determine the potential of this natural resource and its characteristics in order to plan its exploitation and commercialization in the medium term (strategic planning). The monitoring of the different statistics helps us to characterize the resource and its exploitation. To complete the analysis, other models need to be developed. 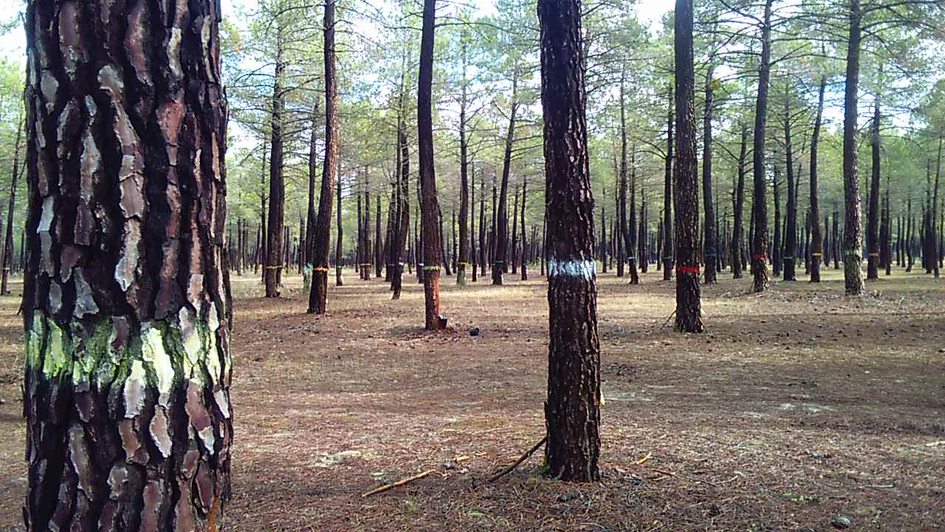