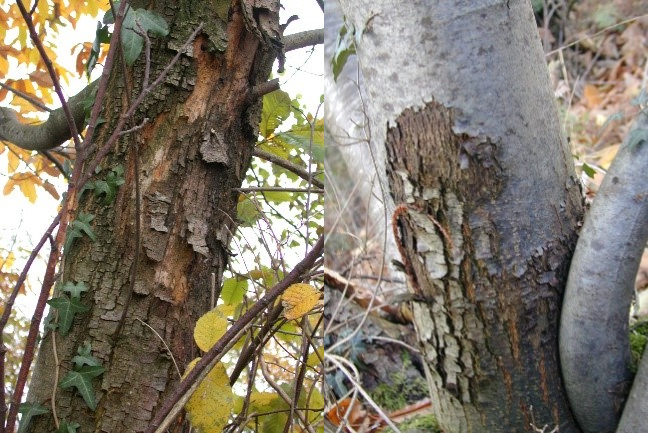 Hypovirulent strains are characterized by their low virulence, which makes them unable to penetrate the tree's defences in response to infection. The necrosis caused is restricted to the superficial area of the bark, and the canker is thus rapidly healed without causing mortality. Hypovirulence is induced by virus which reduces the pathogenicity of the fungus. When a hypovirulent strain is applied around a canker, the virus is transmitted from this strain of C. parasitica to the virulent causing the canker. But within C. parasitica there are several vegetative compatibility group: two strains fuse only if they belong to the same vegetative compatibility group or to two closely related groups.

A method is resented to reduce the severity of cankers caused by chestnut blight,  Cryphonectria parasitica. This pathogenic fungus penetrates and necroses cortical tissues, which provoke mortality of adult trees aerial parts and failure of grafting.
In the 1970s, French researchers developed a biological control method using hypovirulent strains of the fungus. Since then, a research programme at INRA conducted with several organisations (Chambers of Agriculture, Union of Chestnut production Associations, the Forest Health Department) aims at clarifying and improving thecontrol  methods.

The map of the vegetative compatibility groups of C. parasitica has been updated, allowing each major chestnut-growing regions to define the best hypovirulent strains to be used locally. The rule is to use strains belonging to the most frequent vegetative compatibility groups, so they can transmit the virus to local strains. A know-how licence is being renewed between has INRAE and BIOTISA which will produce these mixtures. This licence establishes the distribution rules of these strains. The definition of the mixture to be used is made by INRAE.
The CA partners have made it possible to test and demonstrate the interest of a new method of the product application, much less constraining for the user and for the manufacturer.

It appears that all cankers caused by C. parasitica (possible diagnostic aid with the Vigil'encre application) can be treated but it is recommended to treat first the cankers likely to cause the most damage. The virus spreads naturally within the chestnut groves infected by the fungus, and many cankers heal spontaneously.
Once the product is registered, it will be imperative to obtain it only from the company that distributes the strains in order to use the one that will be most effective locally. Indeed, the use of wrong vegetative compatibility groups contributes increasing the diversity of the fungus populations and thus to making biological control less effective.

This biological control method can be practised as a "classical" biological control method consisting in introducing the virus into a given region in order to reduce damages caused by the fungus. Once introduced, the virus spreads on his own. What has been observed for some viruses, which spread easily in the spores of the fungus, is not observed for others. For some other, this spread is less efficient. It is therefore necessary to apply a method known as an increasing biological control, which consists in regularly bringing the virus to raise the viral pressure on the pathogenic fungus.

Hypovirulent strains of C. parasitica are being entered in the Register of Plant Protection Products in order to obtain legal registration and marketing.
In order for the product to benefit from the "usable in organic farming" label, a marketing authorization must be obtained showing that it meets the criteria of the specific European and national regulations for organic farming. 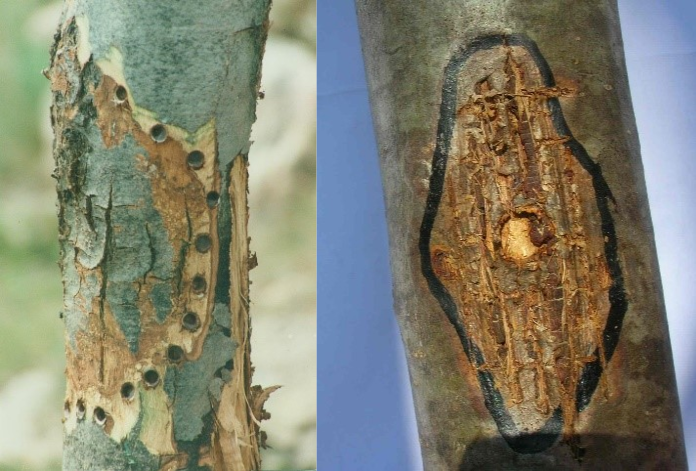