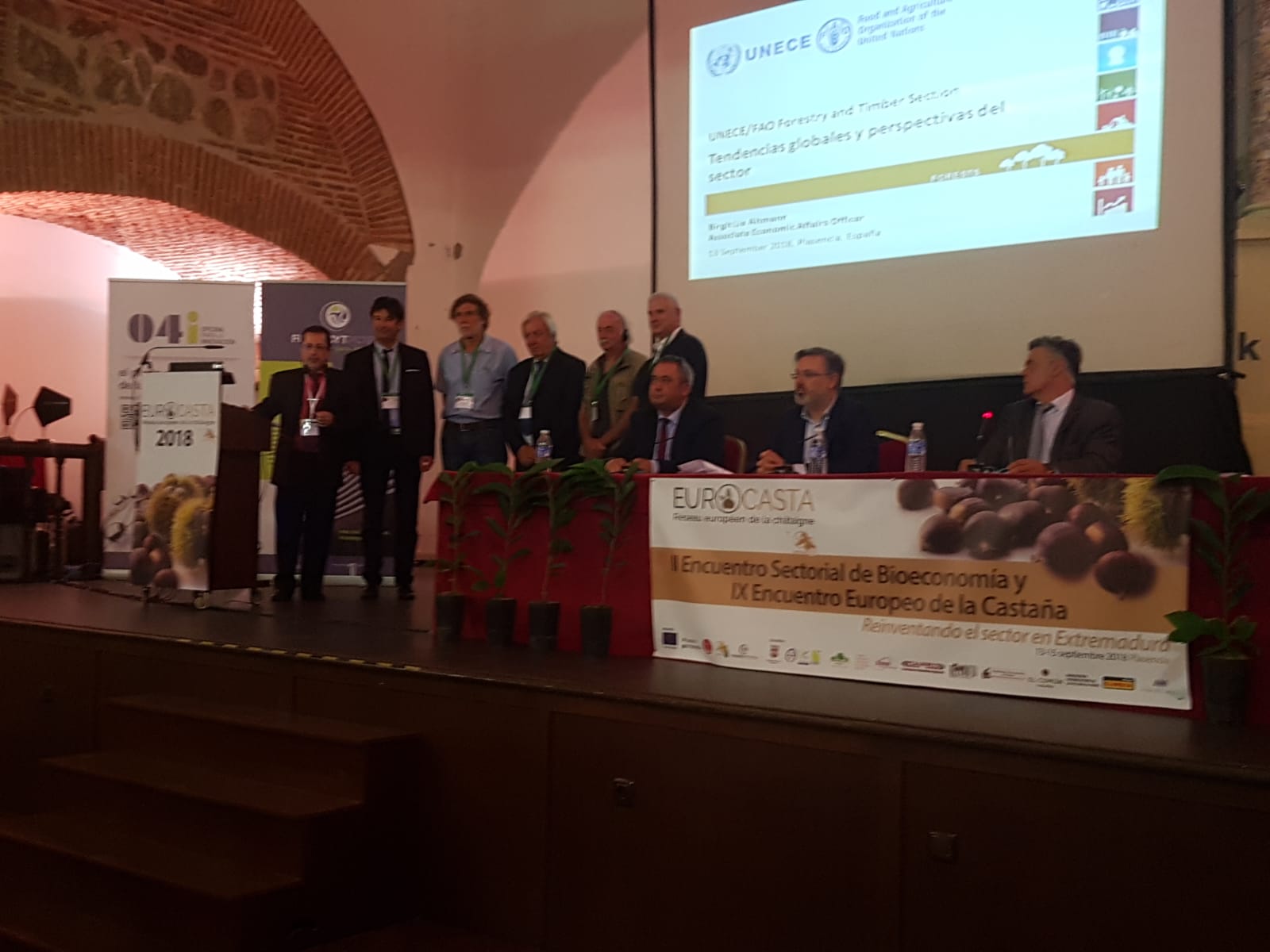 In Europe, the chestnut occupies an area of approximately 2 million hectares, of which 300,000 are for agroforestry, with  90,000 producers and a production of 212,000 t.
However, in recent years the chestnut has been suffering from biotic problems such as pests and diseases and social problems or changes such as wildfires and the abandonment of chestnut growing, which has led to a significant decline of production in Europe.
Aware of this situation, in 2018 several organizations constituted the European network on chestnut Eurocastanea.

Eurocastanea is the consultation and representation body for professionals in the chestnut sector in the countries of the European Union, and in the European and world economy.
In addition, it

Eurocastanea has interconnected the chestnut sectors of the main producing areas in Europe, through the main sectorial organizations of each country. Specifically Austria, France, Spain, Italy and the constant collaboration of organisations in the rest of the growing countries.
This union has been worked on since in 2009 in Ourense (Spain) the first European Chestnyt Meeting was organized, and since it has served to fight for the interests of the sector, and to mobilize funding for training, research and promotion o chestnut.
One of the milestones is the organisation of thecyclic European Chestnut Workshops "Eurocastanea" and the representation of the sector to European authorities.

The European Chestnut Network is a model of concertation promoted by the chestnut growers, distributors and industry, and although it does not have the direct support of the public administrations of each country, it has been promoted and supported by the sector and the secretariat of the European Assembly of Horticultural Regions (AREFLH).
Currently, it represents the main producing regions through the representation of their national sectorial bodies and it is these bodies that are in charge of directing the strategies of the organization supported by AREFLH and its structure.
Therefore, it is a model of agreement that can be replicated in other areas and products as long as there is dynamism and a sufficient productive context.

The impact of the European Chestnut Network "Eurocastanea" has allowed to unite sevearl hundred  people through the organization of its annual chestnut meetings all over Europe, bringing closer the transfer of knowledge and the exchange of experiences between value chain actors.
Furthermore, it has allowed the connection between the productive sector and the European R+D+i.
However, more countries and production areas must be incorporated to fully represent the sector in Europe.

This type of organization should be replicated as long as there is management and dynamization capacity, and it can reach the rest of the producing areas in a way adapted to their own characteristics.
The organization must have resilience to the constant changes in the sector in the internal and external environments. In addition, the sectorial presence must be maintained and reinforced without losing contact with European R&D&I and improve its presence in European institutions.