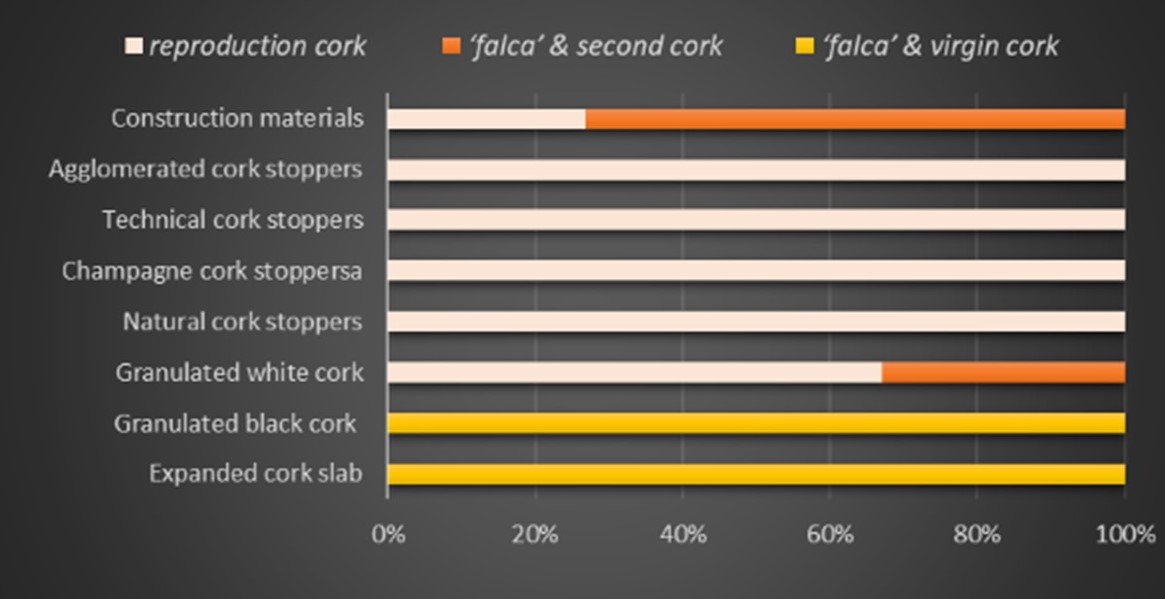 Cork oaks are age-long trees that retain biogenic carbon in their components (e.g. wood, leaves). Portugal has a large forest cover of this species and is a leader in cork production and processing. Recent studies have focused on the carbon footprint of this sector, computing the greenhouse gases (GHG) emission from the forest to the product’s end-life.
To evaluate the life cycle assessment (LCA), two approaches can be considered: static LCA (sLCA), where all emissions occur simultaneously and is not the reality of GHG emissions, or dynamic LCA (dLCA), involving varying emissions over time.

In the life cycle of cork, carbon dioxide (CO2) and methane (CH4) gases are released from biological material combustion or decomposition as well as from burning fossil fuels. The biogenic carbon emissions from forest-based products are usually not included because they are released into the atmosphere during the processing and end-of-life stages. The carbon footprint for the cork sector should be considered at different stages, from forest management activities, across the manufacturing processes and product distribution, to the product end-of-life.

The Cork Carbon Footprint Model (CCFM), developed for the Portuguese cork sector, indicated that this sector is a carbon sink. It considers the listed products in Figure 1 that represent 92% of the total cork products produced in Portugal, while the remaining are mainly decorative or fashion products.
Figure 2 shows that carbon retained by the forest is greater than the GHG emissions of the whole sector, including biogenic carbon. Also, it shows the hotspots in the manufacturing of mainly agglomerated products as resins are mixed with cork granules during production.
Cork oak forests and cork products as a carbon sink have the potential to mitigate carbon emission in the atmosphere.

The CCFM allows to select the following:

Including the biogenic carbon and considering a longer horizon influences the cork carbon footprint (CCF). When excluding biogenic carbon, the sLCA presents greater CF, while dLCA presents smaller CF for the 100 years horizon, and the opposite occurs for the 20 years horizon.
The carbon in cork products can be permanently stored in landfill facilities since only a small part is released into the atmosphere due to the anaerobic conditions prevailing in landfills.

For the CCFM, assumptions were made to simplify the study due to the lack of knowledge, mainly:

Other analyses indicate that the total CFC depends on the approach and time horizon considered. The application of the approach dLCA is more time consuming and complex.

Improvement of the CCFM may be facilitated by adding soil and dead organic matter carbon pools to the cork forest model that is currently included. Also, in order to make the model sensitive to climate change scenarios, a hybrid forest model (empirical + process based) should be considered for forest growth.
Future work will focus on the application of the CCFM considering forest growth and production simulations that represent distinct productivity areas. 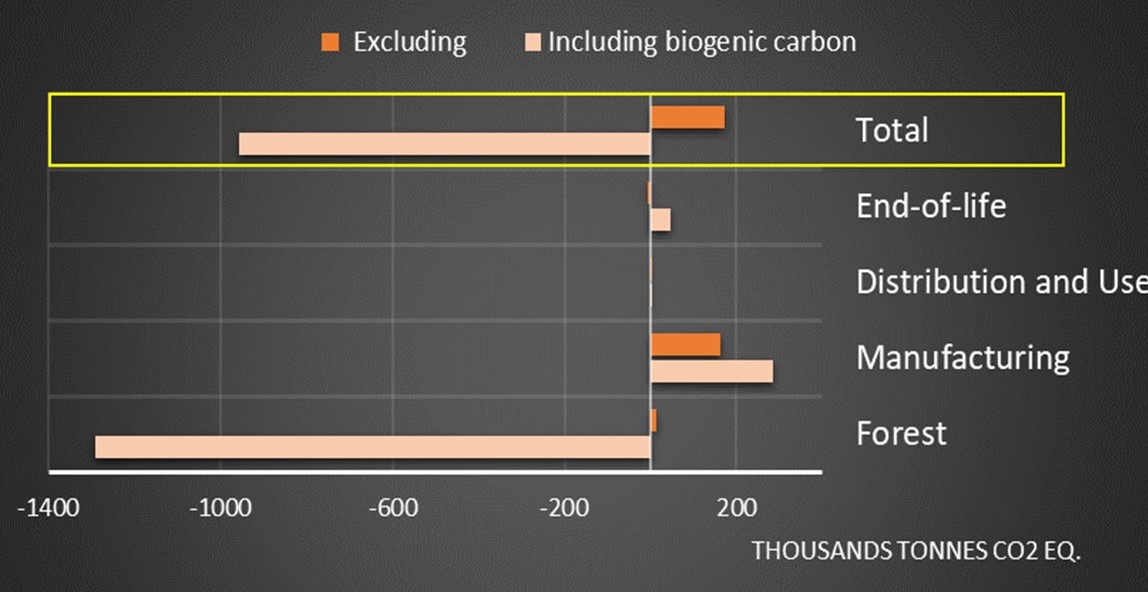