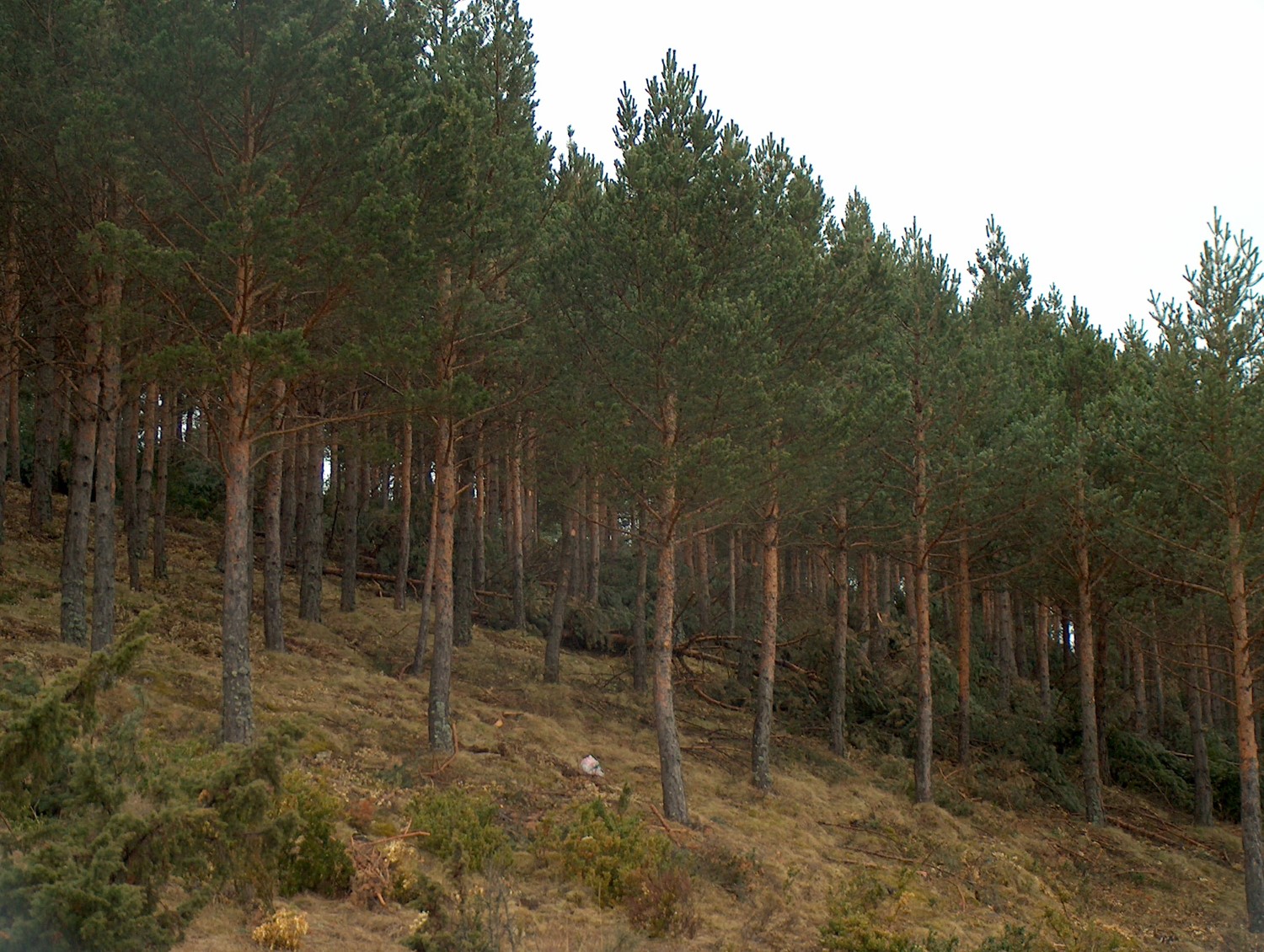 The Spanish forest services promoted a policy of forest plantations, mainly with pine species, during the second part of the 20th century. Such plantations have been considered very productive in terms of mushroom yields, being the saffron milk caps, the most appreciated mushrooms. However, the lack of silvicultural interventions in the dense forests has provoked a gradual decrease in the Lactarius group deliciosus productions over the years. The open question is how to manage these pine forests in order to increase the yields of this highly valued mushroom.

In 2008, we installed 14 mushroom inventory plots of 100 m2 size in Pinus pinaster forests. The plots were selected to include a range of geographical features (altitude, slope, aspect) as well as variation in tree density and basal area in the conservation area of Poblet. A second set of plots were installed in 2009 paired to the first set of plots. The second set of plots was thinned removing 26 to 77% of the basal area. Mushroom yields were monitored on a weekly basis in the Autumn Season of the years 2008 to 2010 to analyze the effects of forest thinning on the yields of Lactarius delicious group.

We observed a positive effect of forest thinning on mushroom yields. This reaction was particularly clear in the case of Lactarius group deliciosus, observing a difference in the mean yields between thinned and unthinned stands of around 90 kg/ha/yr in 2009 and around 50 kg/ha in 2010. The thinning effect was immediate after felling the trees, producing higher mushroom yields just a few months after the forest treatment. We also observed  higher fungal production increase in lighter thinning treatments than in heavier ones.

The saffron milk caps are mycorrhizal fungi, thus the equilibrium between the tree host and the fungi needs to be preserved. We realized that forest thinning can support the maintenance of tree growth during the rotation period, with the consequence of  carbohydrates being transfered to the root system, enhancing the mushroom yields. We also recommend to minimize soil disturbance when the forest treatments are applied. In the experiment, the trees were felled with achainsaw and removed by hand, avoiding the soil alteration.

The results of the experiment allowed us to provide well addressed recommendations to forest managers who wish to make compatible wood production with mycological productions. The high mushroom yields (we recorded productions up to 440 kg/ha) can compensate the cost of forest thinning treatments which is normally costly for the forest owner (mainly in the case of the first thinning).

The results of the experiments showed a positive immediate effect of the forest thinning on the pine forests. However, the sporocarp emergence is also dependent of other factors such as weather, topographic factors or other stand characteristics. Thus, we recommend to have a long-term data series in order to disentangle the medium term effect of forest thinning on mushroom yields, but also on mushroom diversity. The group has continued with the monitoring of the experiment, trying to seed light on the remaining questions. 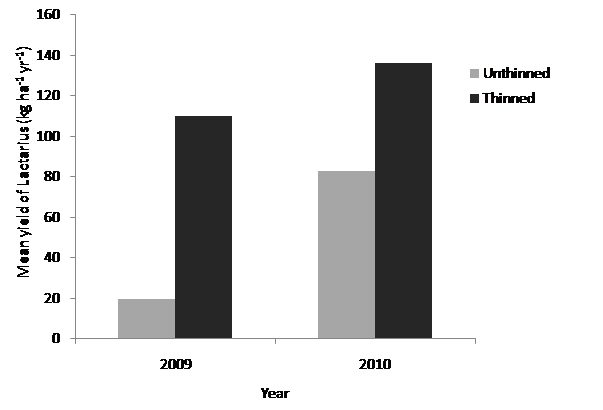