Data sheets for the manufacture of resin extraction tools 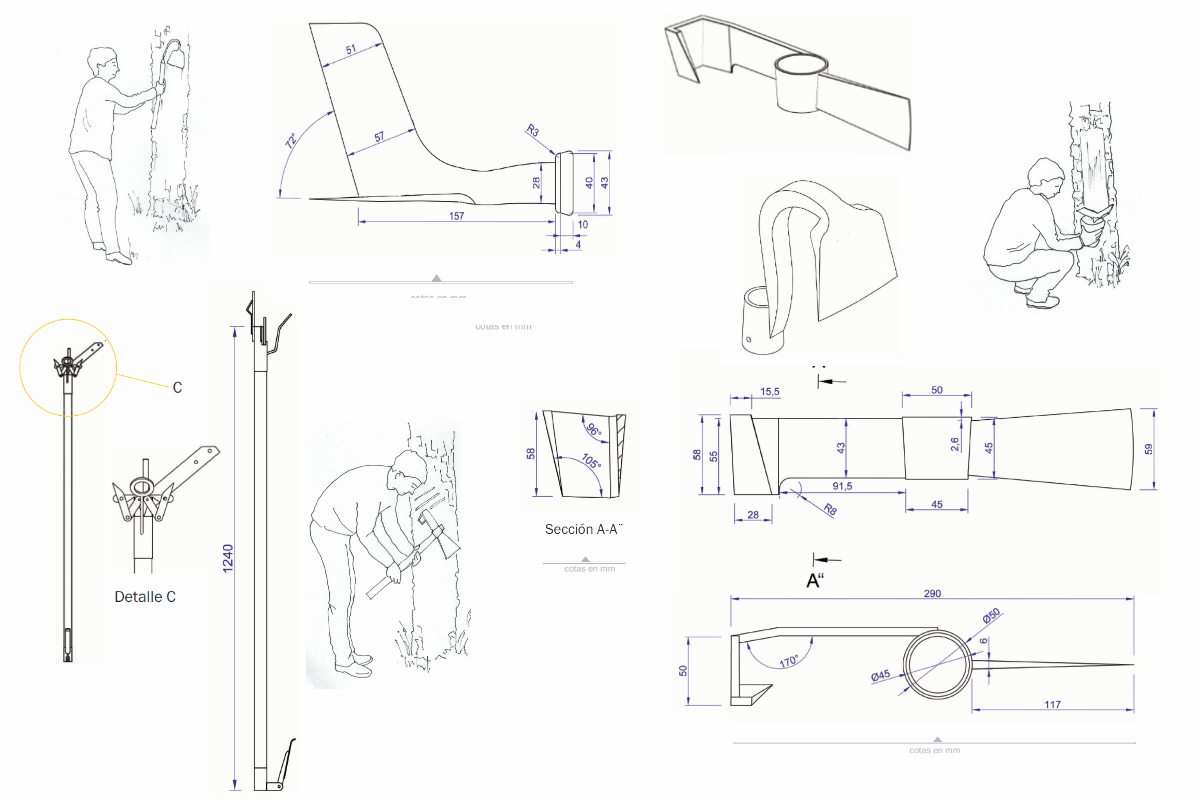 The most widespread method of resin tapping in Europe is the so-called bark chipping with stimulation.
It is a highly specialised forestry work based on the precise making of narrow horizontal incisions on the tree trunk, sectioning the resin channels in the most superficial part of the sapwood.
Resin tools are also specialised tools that can be made in a traditional blacksmith's workshop, but most local blacksmiths are unaware of the design and manufacturing parameters of such tools.

The data sheets constitute a small technical manual with the precise information so that traditional blacksmiths and small metallurgical workshops can make the tools used in Europe in the work of resin tapping using the method of bark chipping with stimulation, also known as American method.

In the SustForest Plus project, a series of nine technical sheets have been produced that will allow local blacksmiths to manufacture the main resin tools.
Each sheet is dedicated to a specific tool or accessory, of which a general description is provided: what it is for and how it is used.
Also, each tool is described in terms of materials, dimensions, and manufacturing steps.
One of the most important elements of the sheets is the dimensional drawings of each of the parts described.

Although a brief explanation of how to use each of the tools is given in the sheets, the purpose of this manual is only to describe their manufacture. It should be borne in mind that, although the resination technique is relatively easy to learn, only with the help of an instructor can it become a profitable and safe activity for the resin worker, and safe from the phytosanitary point of view.
For this reason, it is not recommended to make the tools for starting in the resin extraction activity in a self-taught way.

In addition to the tools described, the resin requires other accessories that are not described in the sheets, such as pots, plates or the collecting trolley, for which there is no established standard.

The manual could be supplemented with a description of a collecting trolley.
To make resin tools more accessible and cheaper, the manufacturing process should be industrialised. 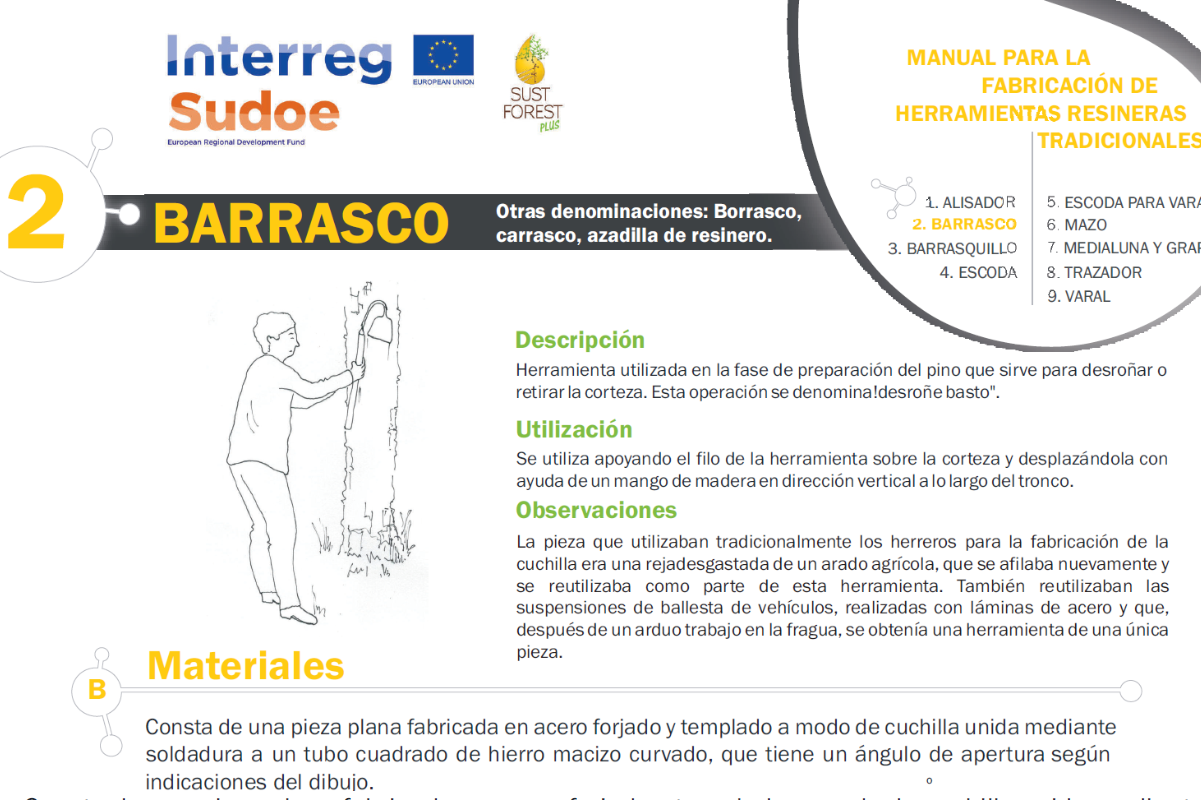