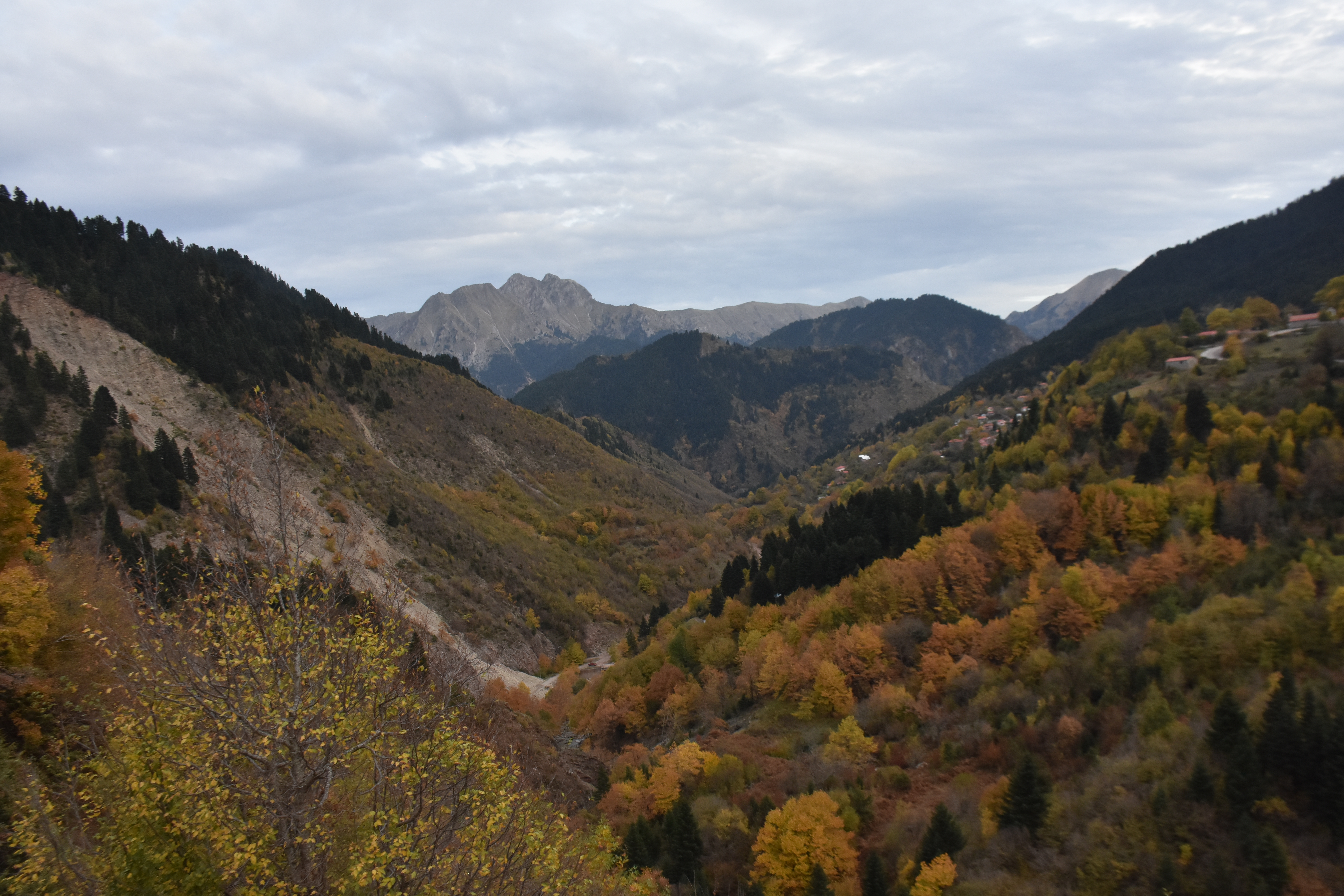 With the term "below ground fungι" we refer to fungi that form hypogeous or semi hypogeous fruiting bodies creating mycorrhizae, a symbiotic association between a fungus and a plant. Most hypogeous fungi form mycorrhizae, with few exceptions. A spherical potato-like shape, is the most common form of below ground fungal fruitbodies, resulting from their adaptation to the arid or semi-arid environments of the Mediterranean region. Edible below ground fungal fruitbodies are rich in nutrients and minerals. Minerals are higher in hypogeous fungi than in epigeous ones and plants.

Greece is a country with dramatic geological relief which makes it one of the richest in biodiversity and habitat types countries in Europe. So far over 100 fungal species with below ground fruitbodies have been discovered in Greece, among them 13 new species for Science, confirming high diversity also in fungi. As we have just began to explore fungi with subterranean fruiting bodies, we are confident that many new species will be recorded in Greece in the near future. The protection of forest ecosystems is vital for hypogeous fungi, such as valuable truffles' conservation.

References to edible hypogeous fungi exist in many ancient texts and it seems that Mesopotamians, Egyptians, Greeks and Romans greatly appreciated truffles. Systematic surveys for fungi with below ground fruitbodies in Greece started in 2007, when the first truffle dogs arrived from Italy. From 1854 to 1992, 10 species with below ground fungal fruitbodies appear in the Greek literature . These are: Geastrum triplex, Hysterangium marchii, Rhizopogon aestivus, Rhizopogon luteolus, Rhizopogon roseolus, Sarcosphaera coronaria, Terfezia arenaria, Terfezia fanfani, Tuber aestivum and Tuber cibarium.

Seminars on the truffles’ ecology and cultivation are popular in Greece, while truffle hunters have been increased. This in combination with lack of specific legal framework for edible fungi it may cause problems. Increase of truffle dogs has led to the discovery of top commercial species: Tuber magnatum, T. melanosporum, T. uncinatum, T. aestivum, T. brumale, T. borchi, T. macrosporum, T. mesentericum. Truffle hunters supply the market with fresh truffles, while high standard Greek truffle products can be found in the market. Recently, T. pulchrosporum with odor like summer truffle, a new species for Greece and Bulgaria was discovered. Due to its rarity its collection is not recommended.

In Greece we traditionally eat some semi hypogeous fungi of low gastronomic value such as Rhizopogon roseolus, when young. Pisolithus arhizus is also eaten in Ikaria, Mani and Crete, where it is considered as gourmet. Terfezia arenaria is now collected only in Xanthi and Peloponnese. It forms mycorrhiza with Cistaceae and is detected by drubbing the ground with a stick; the sound reveals its presence. Leucangium carthusianum (Oregon black truffle) and the Hungarian sweet truffle Mattirolomyces terfezioides, that is used in confectionery, have recently been discovered. So far, it is considered as rare and its edibility is not known yet.

Edible hypogeous or epigeous fungi have been of major social interest in the last decades, resulting in increased collection, marketing and recreational use. This reemerged value is essential as to promote the management and conservation of forest products and resources in order to achieve their sustainable use. Moreover, truffle cultivation consists modern agricultural activity with satisfactory income, suitable for many semi-mountainous and mountainous areas in the country. 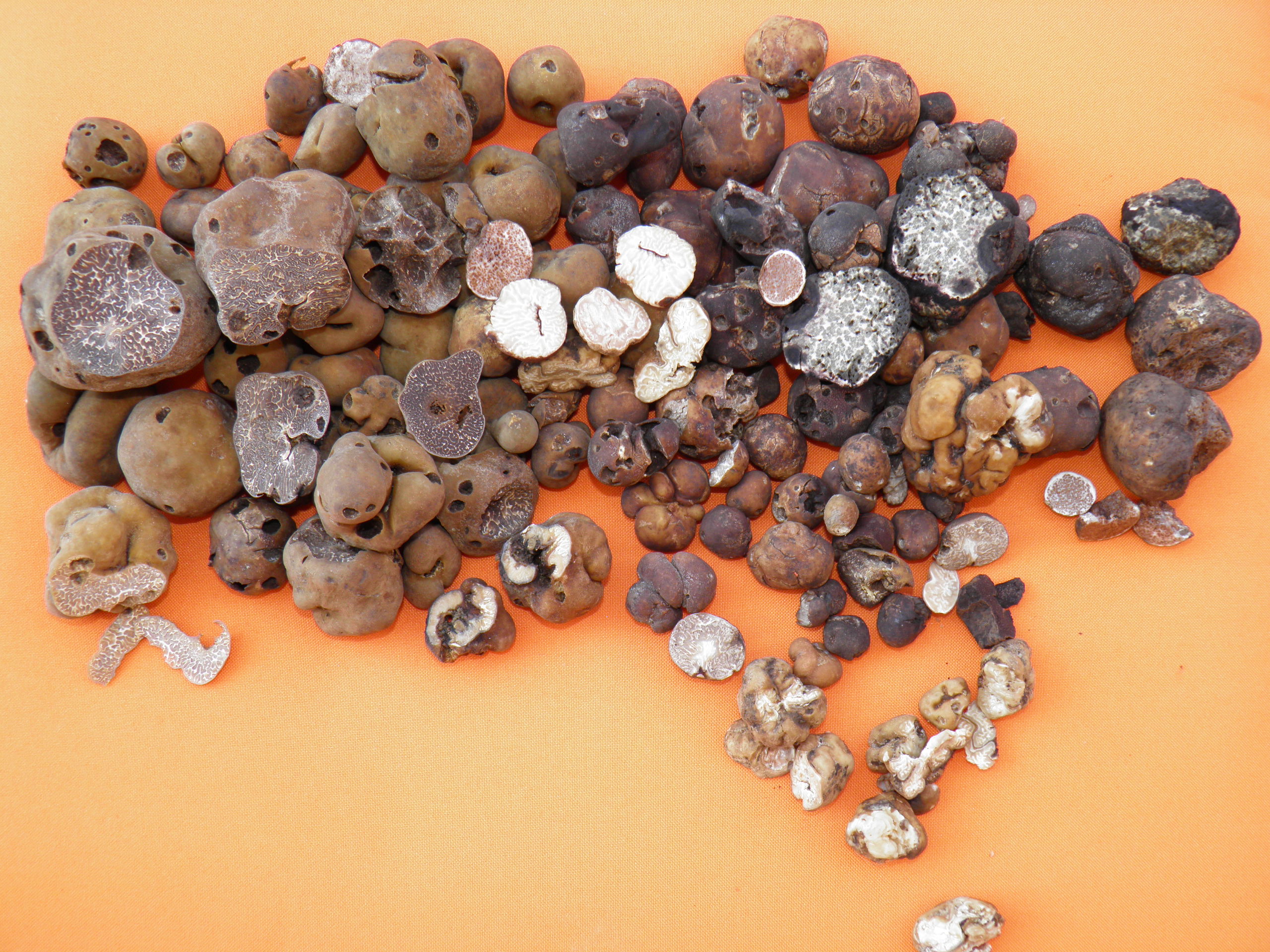 Below ground fungal fruitbodies, edible or not, after an one-day survey in Peloponnese. Photo credits: Vasileios Kaounas