How to prevent Platypus cilindrus attacks? 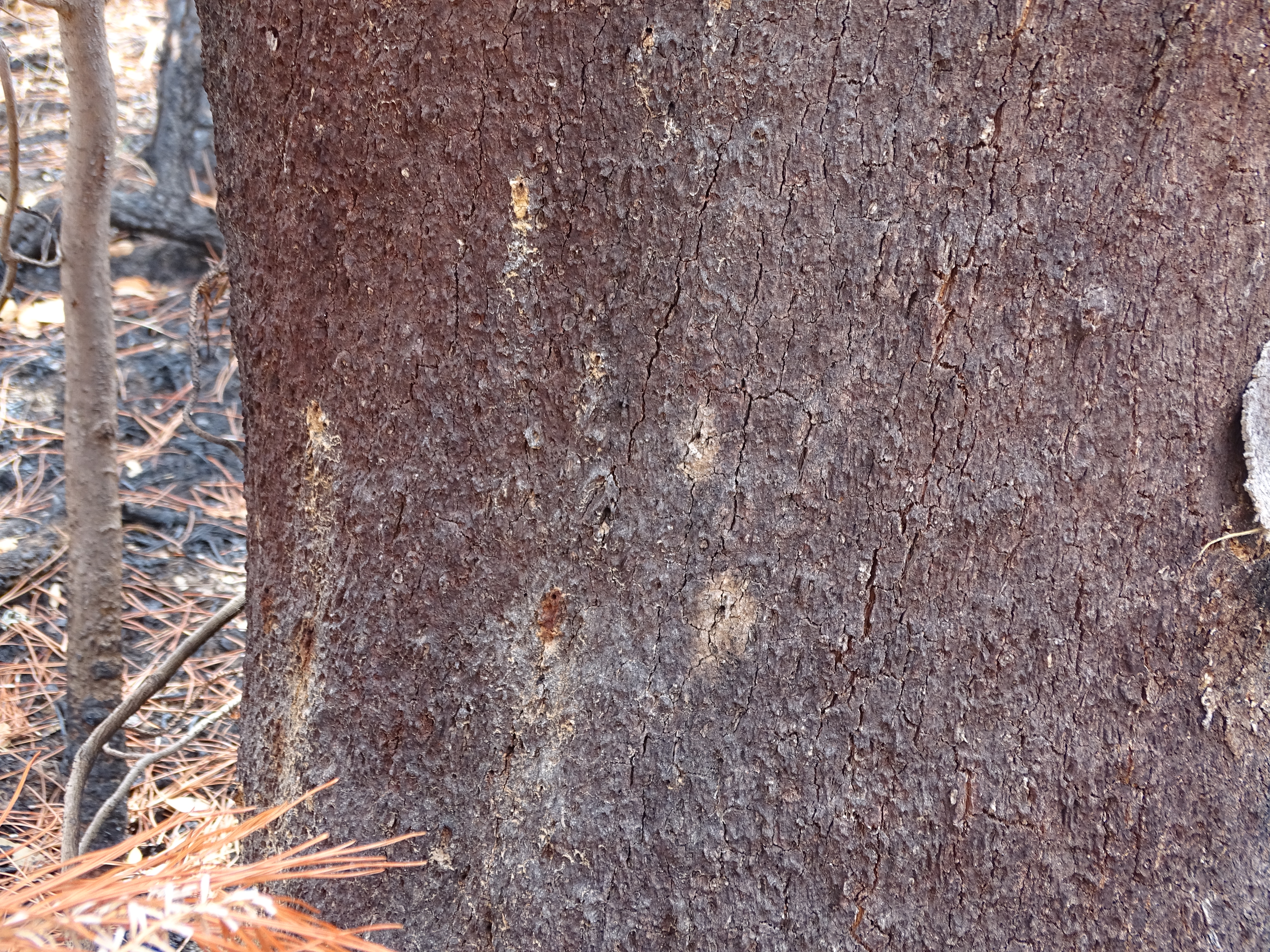 The studies carried out in cork oak forests with the objective of finding which pathogenic insects have the greatest impact, allow us to state that platypus is one of the species responsible for the death of the cork oak in Portugal and Morocco and in some other countries of the Mediterranean basin.
It’s an “ambrosia” bettle, a name attributed to insects that develop symbiosis with fungi that, besides being a source of food for the larvae and adults, also break down the wood tissues, facilitating the construction of the insect galleries.
The use of slit traps can help in the plague monitorization over time.

Cork oak vitality, namely the plagues and diseases, is one of the main concerns of forest producers, with the platypus being one of the pests mentioned in Portugal as a factor responsible for the mortality of cork oak trees.
The knowledge of the pest as well as the means/techniques of combat available, its form of use and the characteristics of the cork oak forests that make them more susceptible to the platypus are some of the proposals to be addressed in this document and in the PLATISOR project (Methods for the management of cork oak forest with «Platypus cylindrus» atacks in the region of Sor), currently underway.

Platypus attacks not only the cork oak, but also the holm oak and the chestnut. The symptoms of his attack are the dieback of the branches (death from the outside of the crown to the inside) and the existence of small circular holes of about 2 mm with orange to yellowish sawdust on the trunk. It usually implies the death of the tree after three months to a year and a half due to
1) the massive presence of the insect whose complex system of galleries interrupts the normal circulation of sap;
2) inoculation of pathogenic fungi of the genera Raffaelea and Ophiostoma, with the dual function of ensuring the nutrition of the insect's progeny and weakening the tree, facilitating its colonization.

1. Carry out careful surveys, which allow early identification of the attacks during the spring, especially in burnt areas and in cork oak forests that may be harvested in the same year;
2. Attacked trees should be felled as soon as possible, and the obtained material removed from the farm;
3. Stumps should be covered with soil or sprayed / brushed with insecticide;
4. During the spring / summer, slit traps with an aggregation pheromone for the platypus must be installed;
5. The location of the traps must follow the following considerations:
- Close to the attacked cork oak trees
- In the cork oak limits in continuous with the limits of other properties
- Creation of trap barriers within the cork oak forest separating attacked areas from other areas that will be harvested

The lack of knowledge about the real size of the platypus population has been one of the main weaknesses, which makes it difficult to perceive the effect of traps, where catches can vary from just a few individuals to thousands of insects in a period of 2 months (APFC monitoring data , unpublished), with different attack gradients between regions. In areas with mortality or in burnt areas, catches amount to thousands of insects / year. Also the flight capacity of the insect, and as it varies with the characteristics of the cork oak forest, are constraints that can influence the distribution of the traps and their effectiveness.

The Platisor Operational Group (2018-2021) is currently underway, dedicated to the study of Platypus cilyndrus. This project, coordinated by AFLOSOR, a private landowners association located at Ponte de Sor (Portugal), aims to overcome the constraints caused by the attacks of the platypus, reducing its impact and its expansion in the cork oak forests, combining new forms of management of the cork oak forests with new means of fighting and improving the existing ones. It is intended to improve the knowledge of the factors related to the spatial / temporal distribution of the attacks of the insect and its bioecology in the region; seek alternatives to the existing means of control (biological and chemical); and to increase the effectiveness of the trapping technique currently available on the market. The results obtained will be disseminated to producers, technicians and forest managers through practical workshops, publication of technical brochures, a national seminar, publication of a manual on integrated management of attacked stands and the making of a film. 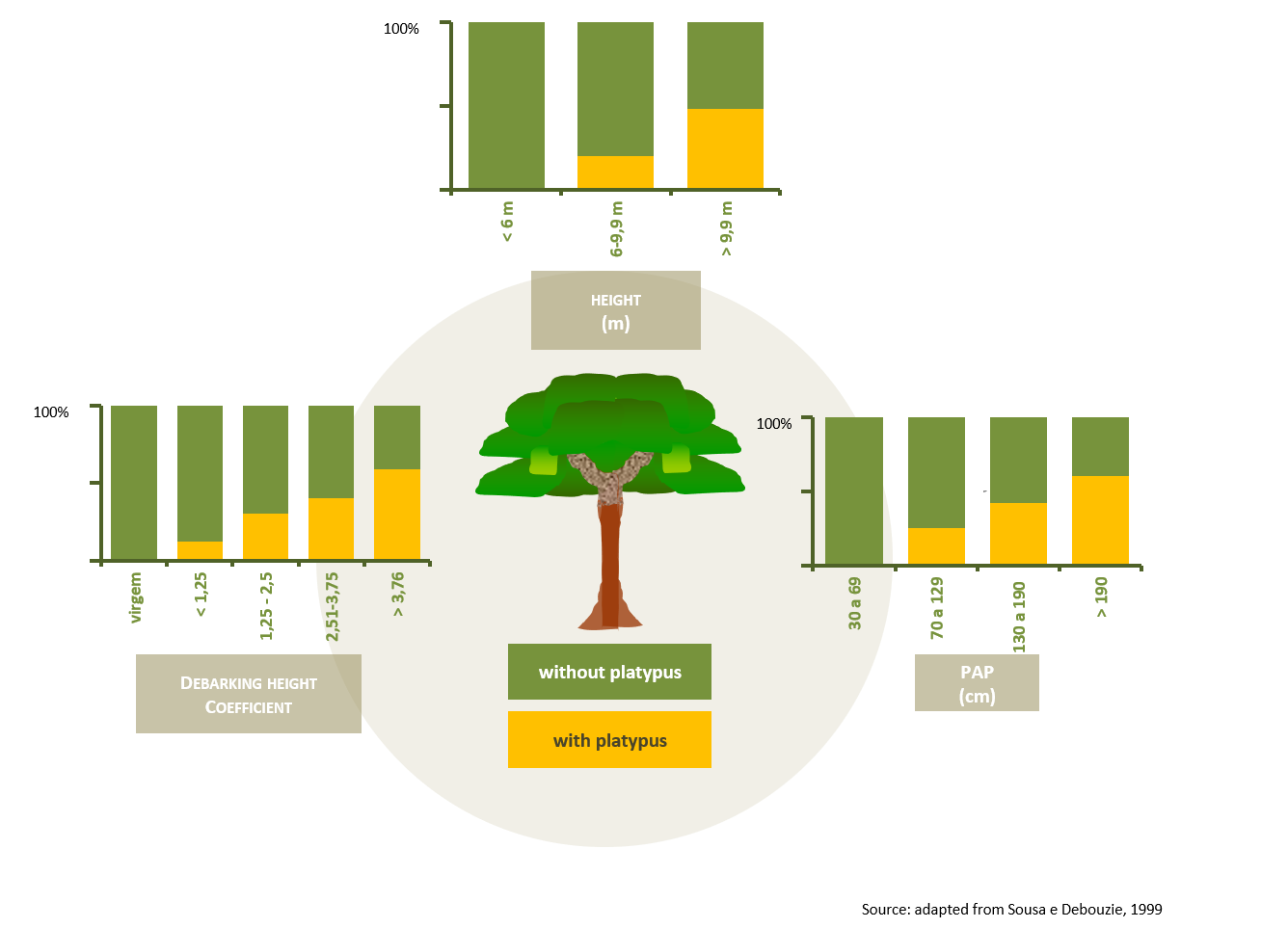