Orchids have an interesting cultural history, being ion the spotlight of fanciers and hunters for centuries, used as exotic ornaments, aphrodisiacs, medicines, and also food. Especially in the Eastern Mediterranean, orchids are used as to produce salep (Greek: salépi), a flour made from dried orchid tubers. Salep is used to make the homonymous hot beverage, used as a traditional remedy for colds and coughs primarily in Turkey, Greece and other neighboring countries. It is mainly sold by street vendors during winter and it also has a long tradition in gourmand and culinary products as key ingredient in the famous dondurma (Kahramanmaras) ice cream in Turkey, and kaimaki ice cream in Greece.

“Traditional" or "wild" products such as medicinal plants, aromatic herbs and edible mushrooms (including truffles) are part of an emerging mass market that often targets rare or protected species. Orchids, although they are protected by legislation on a national and global scale, are a good example of such a product. Here, we discuss how we can manage the effect of harvesting on wild orchid populations, as our study points to an urgent need to find sustainable management solutions for such species of commercial interest. The dynamics and spatial characteristics of populations are extremely important for applications in conservation; to that end, we introduce an integrated approach that examines the impact of salep harvesting on orchid populations in Epirus (NW Greece).

Greece is highly diverse in orchids, with Epirus (northwest Greece) being among the most species-rich areas, hosting ca. 70 taxa. The most commonly harvested species for salep in Greece are Anacamptis morio, Dactylorhiza sambucina, D. saccifera and Orchis mascula. As well as home uses, there has been recently a revived demand for salep to satisfy the national and European market. In this research, we focus on the Elder-flowered orchid, Dactylorhiza sambucina (L.) Soó. The species is considered to be in decline based on various threats, mostly linked with habitat change and human disturbances. Despite the protection of all Orchidaceae under European and Greek law, our study shows that wild orchids continue to be harvested (especially D. sambucina) for salep in Epirus, although in interviews, most respondents declared themselves unaware of the protection status of orchids.

The growing popularity of salep is expected to increase pressure on populations in Epirus in the near future. The collectors in our study report a collection of 10-100 kg per season. Although the observed harvesting does not resemble the pressures found elsewhere, our informants state that people outside the local community have been intensively harvesting orchids for salep. The most important question is to what extent traditional and modern harvesting pressures affect population sizes and their distribution.

Harvesting is considered to be among the threats affecting orchid species collected for salep in Greece. Our results show that demographic parameters did not differ significantly between harvested and non-harvested sites, and that harvesting does not seem to affect fecundity or distribution patterns significantly, at least at the temporal and spatial scales we observed. However, more surveys of population performance under a harvesting regime are needed. Our basic survey is an important step towards a more integrated perspective for salep orchids.

Our findings show that salep harvesting continues in Epirus. Our interview results and our population study indicate that current levels of collection are not significantly affecting the abundance of the Elder-flowered orchid in Epirus’ subalpine meadows. However, the expanding commercial collection could reach levels that threaten the species. There is a need for a longer-term monitoring of these orchid populations, and a more effective modeling of the species’ response to different harvesting pressures. 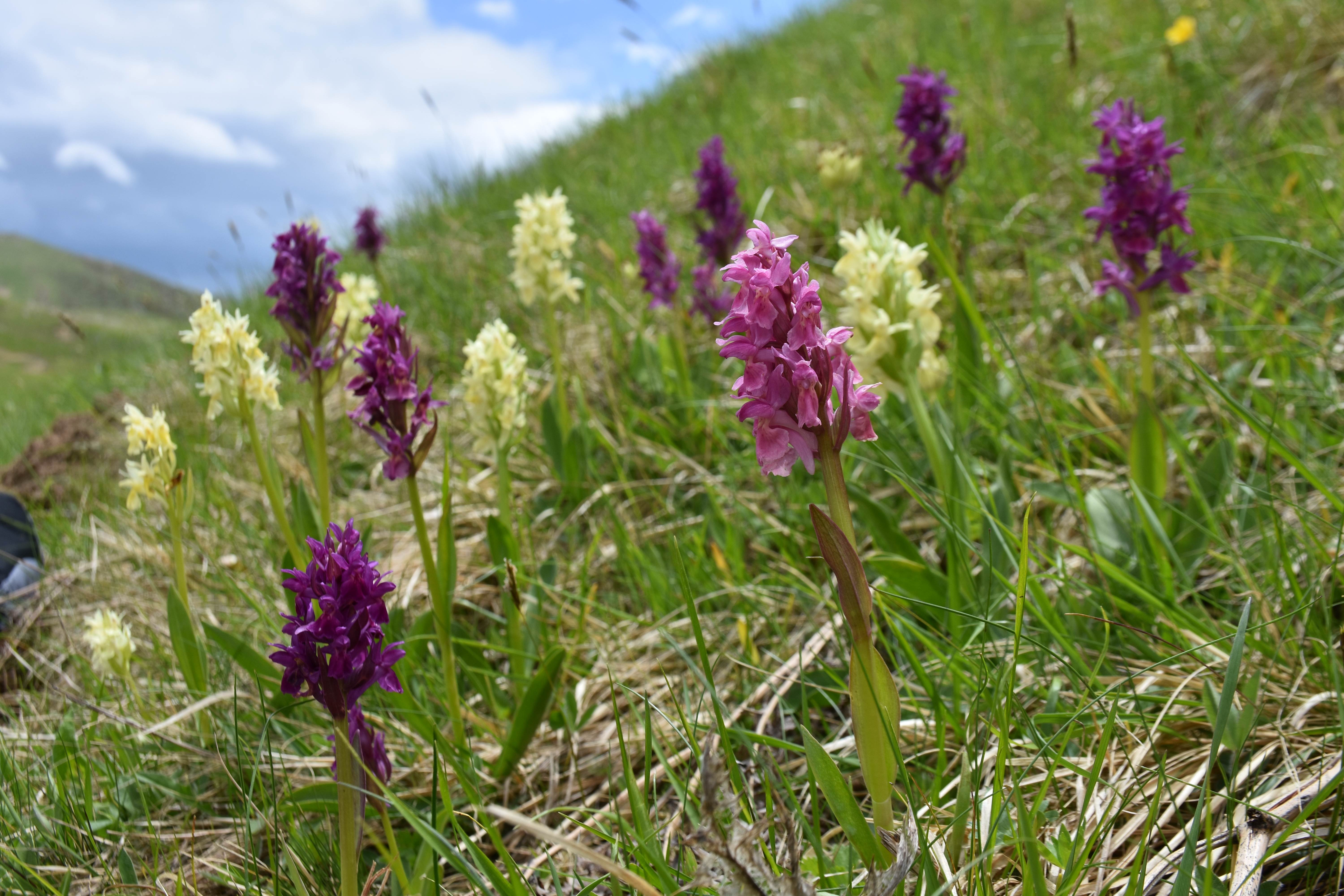