Selection of pine species in Tunisia: Result of the comparative species trials of Souiniet and Djebel Abderrahmen Arboretums

The main objective of the analysis of the comparative trials of pine installed by A. Franclet in 1966 in Souiniet (Ain Drahem; Humide) and in Djebel Abderrahmen (Nabeul; sub-humid) was to specify the possibilities of adaptation and production of the species. pine (P. pinea; P. halepensis and P. pinaster) in the ecological conditions of two stations to help foresters choose the best species for reforestation.

Faced with changes and in the absence of regeneration, the natural forest formations in the North of Tunisia are experiencing serious problems of degradation. The use of pines as alternative species would be a possible and advantageous solution, but the choice should be given in priority to fast-growing species, ecologically well adapted and economically profitable.

From the statistical analysis carried out on height, diameter at 1.3 m and the survival rate of standing trees, it was possible to identify the best adapted and most efficient species. According to the results obtained, the survival rate varies according to the species from 88.7% (P. pinea: Djebel Abderrahmen station) to 23.5% (P.halepensis: Souiniet station) and the height varies from 19 m (P. Pinaster at Souiniet) ti 8.33 (P. halepensis: Djebel Abderrahmen). The Aleppo pine recorded the lowest survival rate and growth in diameter and height in the two stations. However, both P. pinea and P. pinaster showed a vigorous growth rate and good adaptation to the conditions of two stations.

By jointly considering the two selection criteria adaptation to the environment conditions (survival rate> 70%) and productivity (height and diameter 1.3 m), the choice is limited to the following two species following P. pinaster, P. pinea.
Due to their adaptation to the environment and their growth, the use of these two species offers guarantees for success in reforestation programs in northern Tunisia and Cap Bon.

The results provided by this study allow the selection of the pine species most suited to soil and climatic conditions and the most productive in northern Tunisia and Cap Bon. Such results are of great use in reforestation projects in these regions. Unfortunately, in Tunisia, the valorization of research by foresters and their application in reforestation programs are still very insufficient. 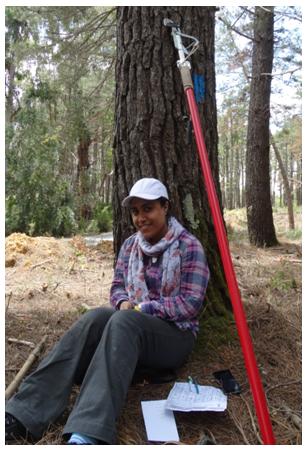