Tools to reduce the risk of poisoning by wild mushrooms 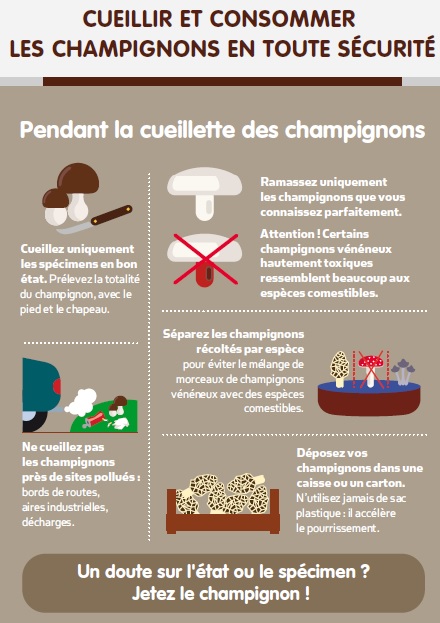 In France, since 2010, poisoning by mushrooms is nationally monitored from July to December, due to its seasonality, temperature and humidity conditioning the growth of mushrooms. The National Agency for Health Security (ANSES) has been in charge of this monitoring since 2016. In 2017, 1,386 cases of intoxication were recorded during the surveillance period. In particular, the year 2017 was marked by a high number of serious cases: 41 cases of severe severity including 3 deaths, while about twenty cases are expected on average per year. Mushroom poisoning is therefore a significant health problem in France.

Poisoning is mostly the consequence of confusion with other edible mushroom species but, in some cases also, of poisonous species collection by people who are totally unaware of the existence of toxic mushrooms therefore not asking for specialized advice before consuming them. Several tools to reduce the number of poisoning by prevention are presented in this factsheet :
- Prevention tools deployed by ANSES (National Agency for Health Security)
- Mobile applications for mushroom recognition

For several years now, ANSES has been developing communication actions to better inform the general public about the risks of intoxication linked to the consumption of mushrooms. For example, a computer graphics as well as a press release are regularly distributed and relayed by the press. They recall the main tips for picking, preserving, cooking and eating wild mushrooms.
2. Mushroom recognition applications
At the same time, several mobile applications have been developed to help amateur pickers recognize edible mushrooms. One example is Déclic Champi, developed by Klorane Botanical Foundation. This application contains a determination key, 190 illustrated description sheets and a list of the most common confusions. The Champignouf application allows you to recognize a mushroom from a photo or by scanning it.

With regard to mobile applications, it is necessary to stress that they alone cannot provide reliable tools for fungus recognition. Neither can they substitute for specialist advice.

Prevention messages are widely relayed by the State services and the local press during the wild mushroom harvest period. However, it is difficult to measure their impact, as the number of intoxications varies quite strongly from one year to the next, particularly depending on climatic conditions. In addition, studies have shown that mycological knowledge is lost over time among pharmacists, to whom many pickers are accustomed to going to have their harvest checked.

In view of the place they still occupy today, it seems essential that pharmacists continue to be trained in the recognition of mushrooms in their initial training. It would also be desirable for them to have easier access to continuing training, particularly in rural areas. 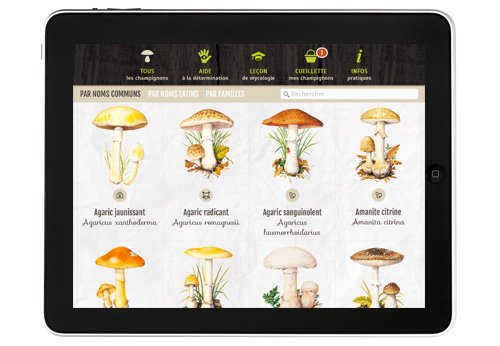