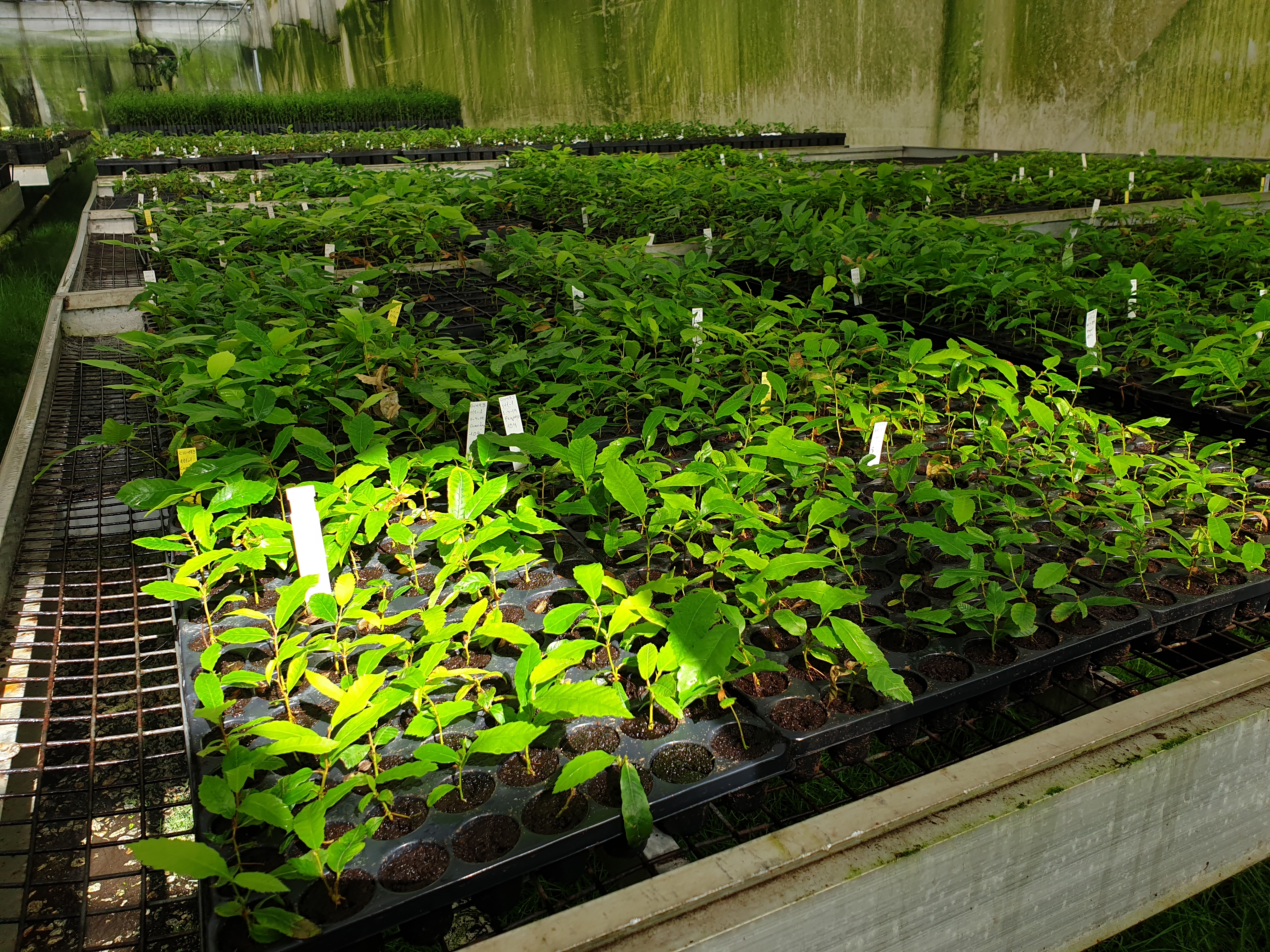 The European sweet chestnut is in certain areas in decline due to the ink disease caused by Phytophthora cambivora and Ph. cinnamomi, but ink resistant hybrids of Castanea sativa with Asian chestnuts species have been obtained. The most valuable clones must be propagated vegetatively for their use as rootstocks.
For this purpose, shoots can be grown in a continuous immersion system using  bioreactors. In this study, four chestnut genotypes were multiplied, trying different types of rooting supports (rockwool) and assessing five variables : nº of shoots/plant, multiplication coefficient, shoot length, nº of rooting shoots and photosynthetic pigment levels.

Chestnut ink disease, caused by root pathogens (Phytophthora sp. ),  induces dieback and mortality in sweet chestnut, C. sativa. Classical biological control can be efficient using ink resistance rootstocks that block the entrance of the fungus.
In this context, selected ink-resistant chestnut clones need to be propagated massively. Here, a method is presented for multplication and rooting clones under photoautotrophic conditions.

In terms of proliferation, chestnut shoots grew under autotrophic conditions without sucrose, and vigorous shoots were obtained with lower multiplication coefficients than those made with sugar. As soon as rooting was observed, levels of 1,200-1,500 ppm of CO2 were the most appropriate. In terms of rooting supports , success rates of 51% were observed on Kiemplug supports and 71% on Block AO support. Therefore, feasiblility of chestnut proliferation and rooting under photoautotrophic conditions has been confirmed for the first time.  Rooting under photoautotrophic propagation (PAP) conditions was effective and good acclimatization rates were obtained, indicating that the PAP system can be efficiently applied to mass propagation of chestnut clones.

The use of ink-resistant clonal rootstocks, also adapted to the conditions of the area, is necessary for orchard replanting where the fungus is prevailing, in order to allow profitable chestnut cultivation and production. The system presented here allows for for mass-propagation of the these ink-resistant clones once selected in genetic improvement programmes.

The operative upscaling of the method is both a opportunity and a challenge.
The system has allowed to increase the supply of clonal rootstocks on the market and the development of new grafting techniques such as micro-grafting and green grafting.
However, the production of this clonal material requires a highly specialized infrastructure and specifically trained personnel, investments not always within the reach of local forest nurseries.

The method can be applied in other species and/or other chestnut cultivars.
However, its large scale application requires adequate facilities of sufficient size. In case of the TRASGA nursery Maceda, it would require the expansion of the existing laboratory and its modernization, in order to increase production capacity and improve the production performance of nursery breeding material. 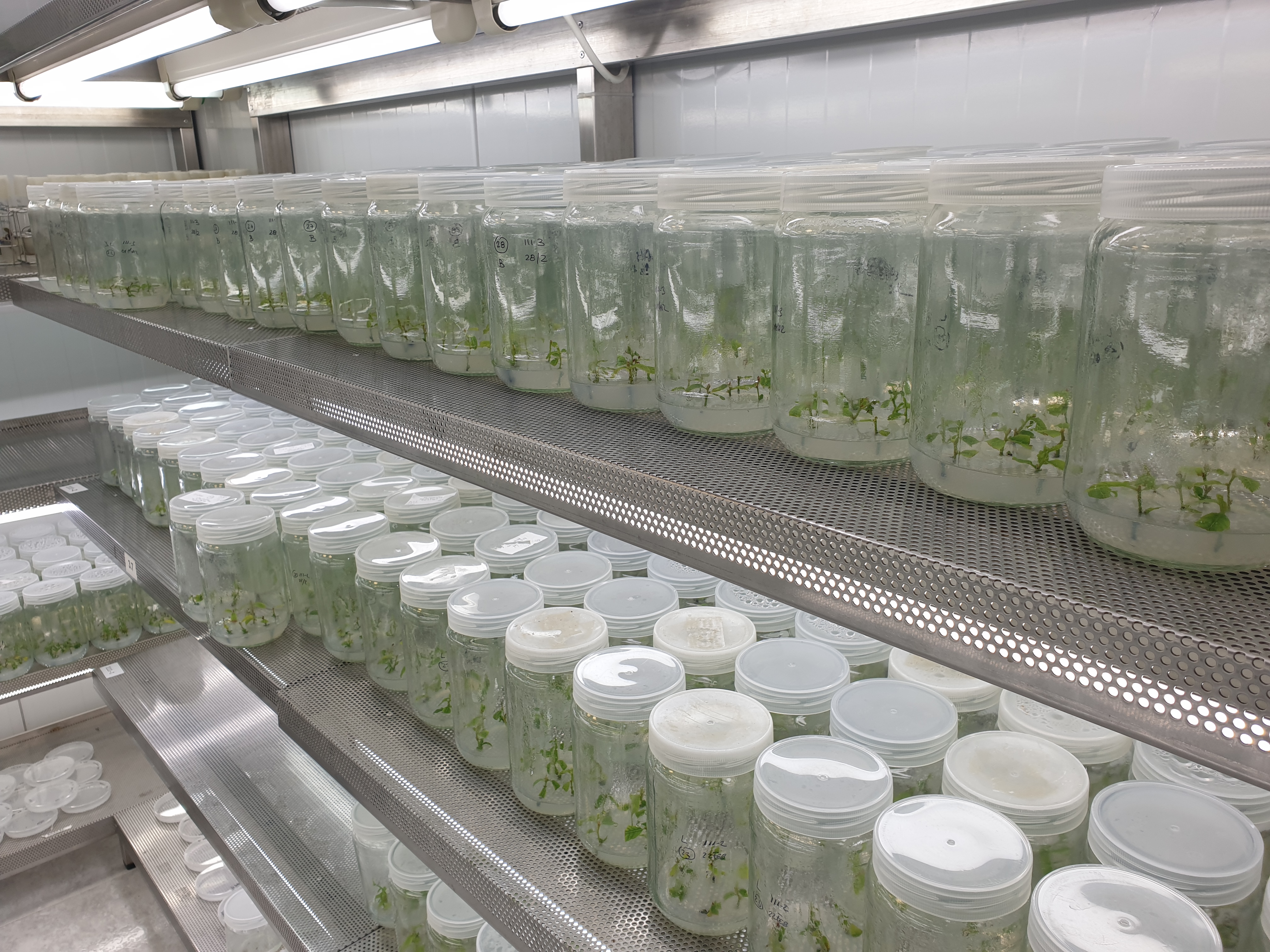