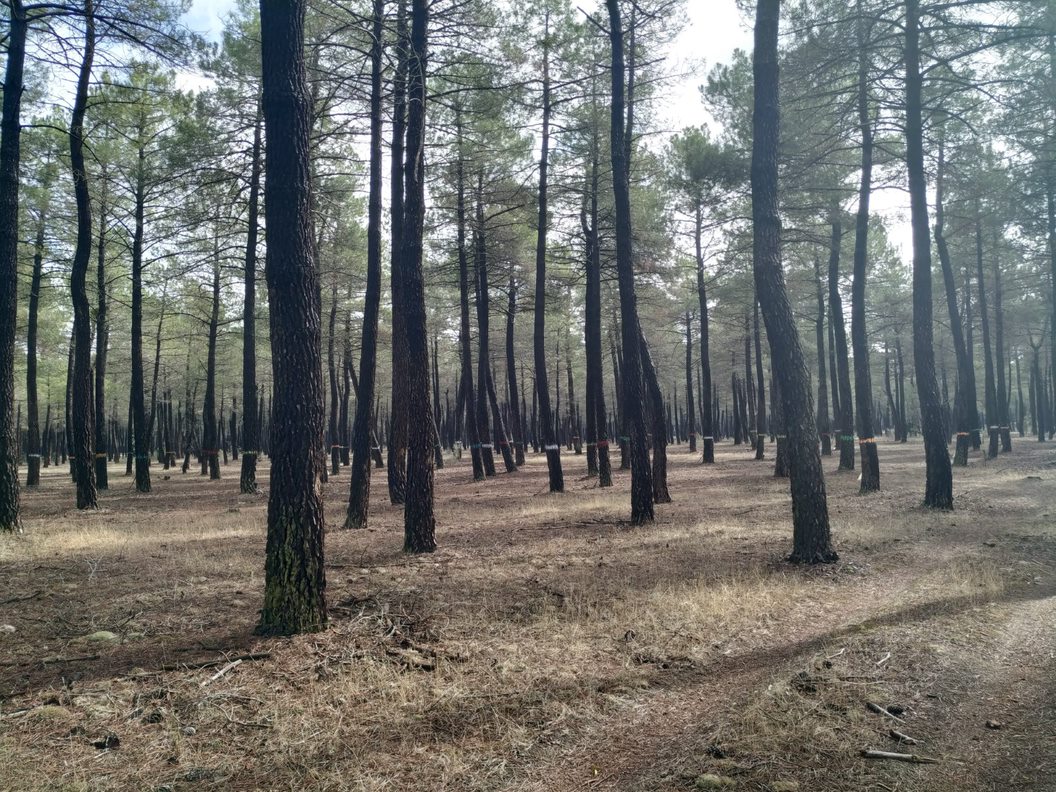 Resin production in Castilla y León thrived during the last century until the end of the 1980s, when decreasing resin prices caused by the incursion in the market of new producer countries, led to a dramatic decrease in profitability to the extent that production practically disappeared. In recent years, favourable market conditions, together with a scenario of economic crisis characterized by a sharp increase in the unemployment rate, have led to a rebound in this sector. However, to ‘decouple’ resin use from these changing market conditions, one possibility would be to increase resin production and therefore profitability.. In this regard, in 1997 the Junta de Castilla y León, together with the UPM and INIA, began working on the development of a Program for the genetic improvement of Pinus pinaster for resin production.

To explore options for the management of pinaster pine stands that lead to increased resin production and therefore improved profitability, thus reducing dependence on the economic conditions of the market.

Resin production can vary greatly from one individual tree to another. The aim of the tree breeding program was to obtain individuals that produce large amounts of resin, these individuals then being reproduced in large numbers for the establishment of resin producing plantations with increased profitability. In a first stage, individuals with high resin production were identified, a total of 2998 trees with productions of between 10 and 40 kg resin per tree, the characteristics of which were included in a catalogue of large producers. In the second stage, 270 trees from the previous group were selected to ensure sufficient genetic variability when crossing the most suitable parents for the next generation of ‘plus trees’. In the third stage a clonal bank was established including 91 readily grafted genotypes. A progeny test was carried out to evaluate the heritability of the chosen characteristic. Through early evaluation techniques such as miniresination, it was found that resin production is a highly heritable characteristic.

It is necessary to continue working on this line of research, although the results obtained suggest that genetically improved material of maritime pine available for improved resin production already exists. However, its use is subject to the production of this material for commercial purposes, to be developed through an ongoing Interreg-SUDOE project, SustForest Plus.

The use of this improved genetic material will allow resin production to be increased in stands established with this objective. As a consequence, the economic profitability of these stands will increase accordingly. This would make the viability of resin producing stands less dependent on market conditions and price fluctuations. The weaknesses are those associated with the current lack of availability of improved plants to be commercialized, and uncertainties with regard to the impacts of climate change in the region.

The use of a genetically improved plant, together with the employment of new techniques for resin extraction (drilling technique and use of new pastes), will increase not only resin production but also the efficiency of exploitation, leading to an improvement in the economic performance of the operation and strengthening the sector against market price fluctuations. 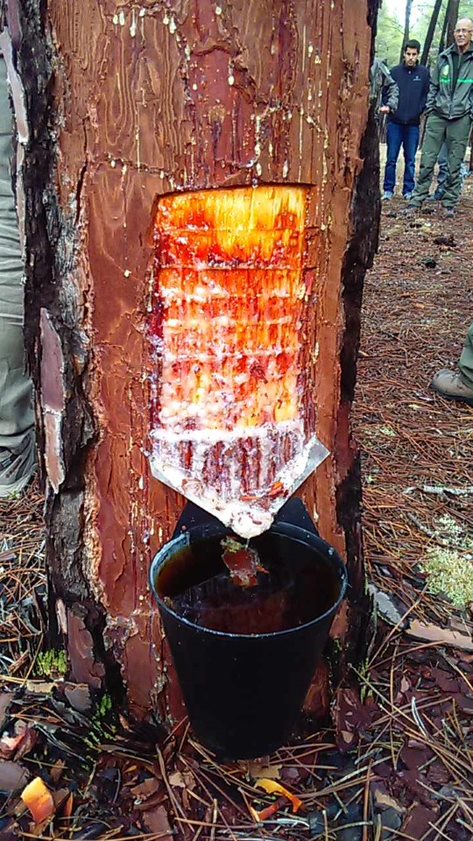