Is the plasticity in response to the drought of Quercus suber linked to the geographical origin? 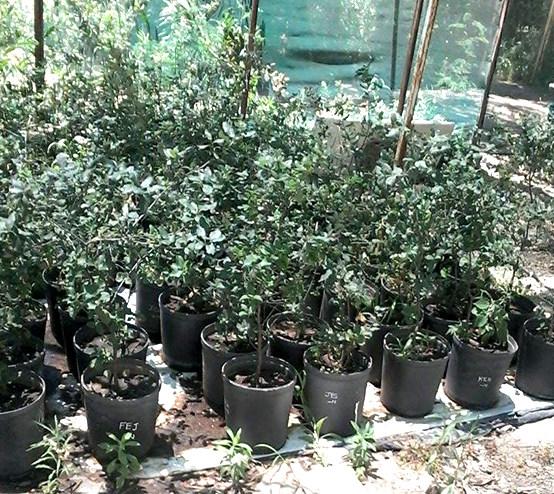 Drought is the major limiting environmental factor of cork oak species (Aranda et al., 2005).  There is a strong debate about the potential to adapt to these new environmental conditions, which involves phenotypic plasticity at the individual level, and either genetic adaptation or migration at the population level. Consequently, it is necessary to characterize the adaptive genetic variation within Cork Oak populations. Seven populations were studied: MEJ (MejenEssef), FEJ (Feija), AS (Ain Snoussi), SDZ (SidiZid), JES (Djebel El Serj), KER (Kef El Rand) et JCH (DjebelEchaîd).

The selection of forest species and the study of their behavior variability relative to the main environmental conditions change remains a major challenge. The aim of this study was to investigate the intraspecific variability responses of Quercus suber L. to drought conditions in order to determine the future sustainability of cork oak forest in Tunisia.

Provenances respond to drought stress using different physiological and biochemical strategies. The effect of drought was more remarkable in AS, SDZ, and KER populations than in JCH, MEJ, and FEJ ones. Water stress led to a significant decrease in leaf conductivity and stomatal conductance which AS presented the highest values and SDZ and KER that presented the lowest values.  AS was more tolerant while SDZ and KER were more sensitive to drought conditions. In addition, water stress affected the contents of soluble in the leaf of all populations studied. The highest increases in soluble carbohydrates were observed in MEJ and AS per cons, the lowest ones were recorded in JES, FEJ. The highest proline concentration was recorded in MEJ and KER.

The dissimilarity of Pearson based on the aggregation method was found to separate the provenances into three clusters at a mean distance of 0.35. According to the amount of variation of some parameters, populations from AS, were clearly separated from the rest of the populations. This analysis allowed us to identify the most tolerant populations facing the hardening of future climates including the AS and JCH populations. Consequently, the use of selected populations who have shown tolerance under water deficit conditions offer better guarantees for their success in reforestation programs and ensures an adaptation of the cork oak forests to the drought scenario predicted in our country.

The choice of provenances well adapted to drought is crucial to prevent future problems and in order to use water in a more sustainable way. So, we consider this type of studies very limited and restricted. It is recommended to create a large number of comparative plantations of cork oak populations in different bioclimates, whether in Tunisia or in the Mediterranean basin, and to monitor different parameters (morphological, physiological, biochemical and genetic).

Study of the survival capacity of Cork Oak forest to water stress could improve knowledge of the adaptive potential of this species under future climatic scenarios. A further detailed study is also needed to elucidate the underlying anatomical and genetic parameters which are responsible for differential responses of Quercus Suber Populations. The interspecific comparison of physiological behavior and the reaction of the genus Quercus to water deficit will be a tool for characterization and selection of different species of Quercus tested. 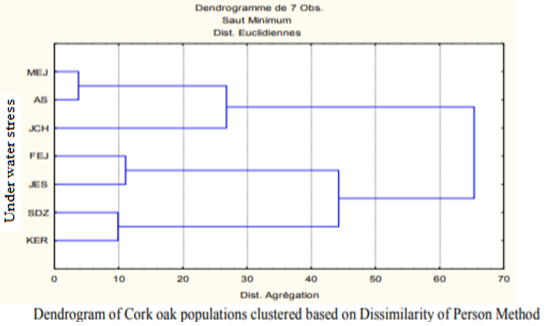