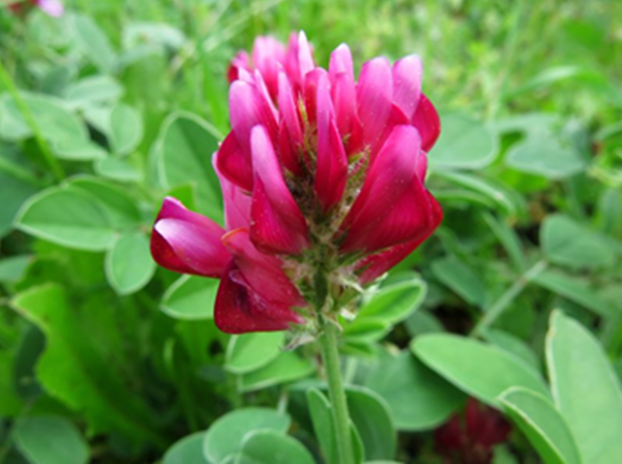 The H. coronarium was reported in Tunisia on marly and marly-limestone substrates in regions with average rainfall greater than 550 mm. It’s a forage species with a high energetic value. It’s natural area is declining from year to year due to very high anthropozoic pressure. This work is integrated into the ECOPLANTMED Project (www.ecoplantmed.eu) and goes along with the strategies of water and soil conservation projects.

The sulla is a herbaceous bi or multiannual Mediterranean forage species. It’s used as hay, ensilage, or pasture. The sulla is a species that valorizes poor soils and helps in restoring their fertility. Also, it’s a useful plant regarding restoring and promoting eroded soil. The main objective of this work is to master the techniques of multiplication and conservation of this species.

The germination essays applied for the seeds of H. coronarium collected in 2015 demonstrated a good germinative capacity of the species without any pre-treatment. The best germination rate of 90% of the seeds was observed by applying the combination of temperature between 20 and 25°C, a light period of 16h per day and using black peat as substratum. Salinity affects the germination of seeds either by creating an osmotic potential blocking the absorption of water or by the toxic effect of sodium and chloride ions.

To get the best results for sulla seed propagation, we recommend the following steps:

The Hedysarum coronarium is an important forage species that have many uses. This work helped us in getting information about the best germination technique of the species. Although, this work needs more sharpening and more tests especially in the open field. The germination of Hedysarum coronarium seeds is sensitive to both water and salt stress.

H. coronarium is an important species as it could increase the levels of organic matter in the soil. Also, it is so appreciated by animals. The use of this species should be more developed regarding its benefits especially by planting it in low organic matter and marginalized soils. An investigation of the phenological stages of this species, under restrictive water and salt conditions, would complete these results and help to better understand its soil and climate requirements. 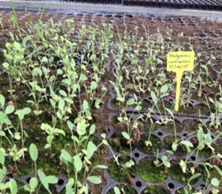