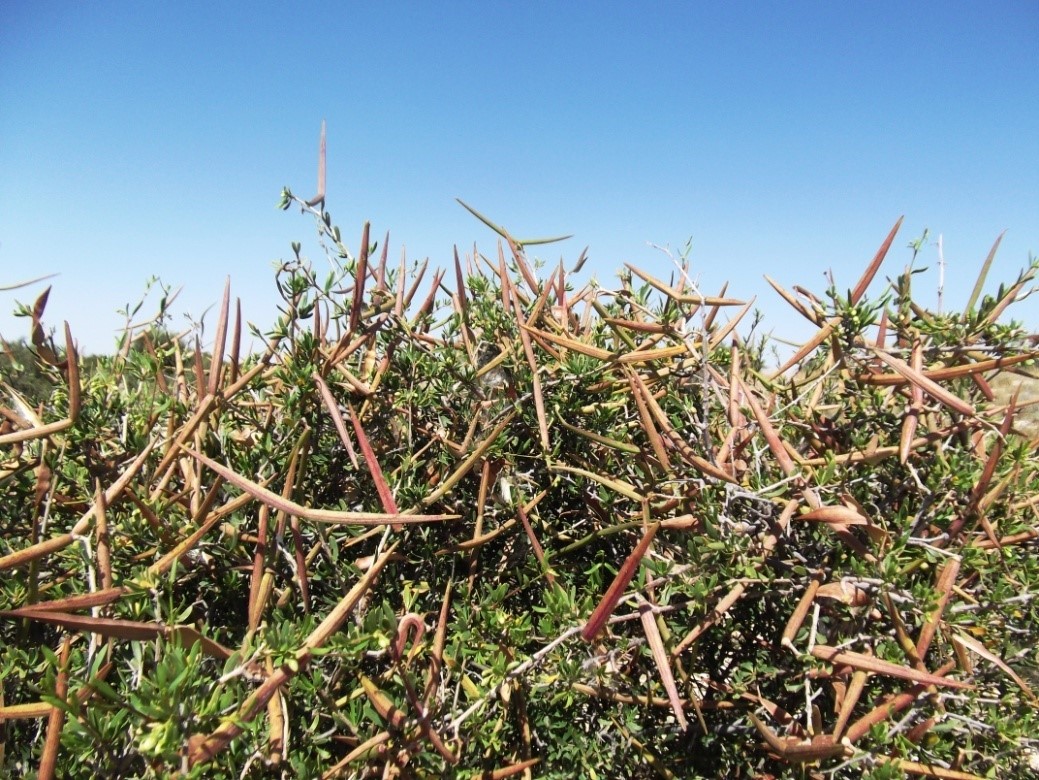 Periploca angustifolia is a largely distributed shrub in the Mediterranean area. It’s located in arid areas of North Africa and Southern Europe. The species has important adaptability in poor and marginal soils. It is adapted to extremely varied water conditions. It can be found in thermophile formations includes maquis and garrigue between 0-400 m altitudes. In Tunisia, it located over a wide area from the Jebel Ichkeul in the North to the Saharan limits in the South (Chaieb and Boukhris, 1995). This work is a part of the project ECOPLANTMED (www.ecoplantmed.eu).

The Periploca angustifolia is a native shrub widely distributed in the Mediterranean region. This species is threatened because of its medicinal properties, its pastoral interest and its role in the fight against soil erosion. The main objective of this work is to master the germination and multiplication techniques of Periploca angustifolia L.

The germination essay of Periploca angustifolia was applied in controlled conditions on new collected seeds. The average weight of 100 seeds is 0.56 g (100 g = 25,000 seeds)The best results were obtained using a photoperiod of 16 hours light and 8 hour’s darkness under 30°C temperature and 77% humidity. The seeds of Periploca angustifolia don’t need pre-treatment applications. Knowing the germination requirements of this species is a crucial step towards the conservation and propagating of this native species.

We suggest a manual collection of fruits just before maturity and let them open while drying to prevent seeds dispersal. The seeds are orthodox; the conservation could be done under 15% humidity and 5°C temperature. Or even -25°C for long-term conservation. Fruits collection could be done between July and August. Seeds plantation was done directly on black peat. It appears that P. angustifolia seeds do not need pre-treatment before sowing. Knowing the germination requirements of this species is a crucial step towards the conservation and development of this native species.

Knowing the best way to plant Periploca angustifolia is an important step towards its propagation. However, this step should be followed by other essays such as quality analysis and also a strategy to propagate the newly planted seeds on natural conditions in order to characterize their response. Absence of protection measures of the species at the national level

This work aims to preserve the species in its natural habitat and propagate it and make use of its beneficial properties. This work would be developed by studying the best way to plant it in natural conditions and also and follow its spreading in a non-controlled condition. For future works, we plan to carry out a phytochemical study to be able to highlight the virtues of this native species.