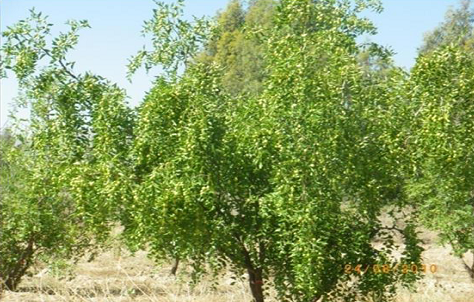 Ziziphus jujuba was introduced in Tunisia a long time ago and is now well acclimated. In Tunisia, Z. jujuba is located especially in the southern country (Mahdia, Gafsa, Kébili, Sfax, Mahres). In the north, some trees are present in private gardens (Ariana, Choutrana). The Ziziphus fruit is known for its widespread use in modern ethnomedecine, especially in arid and semi-arid areas. However, there have not been any studies on the chemical compositions of Z. jujuba fruits from Tunisia.

Ziziphus jujuba, known as Chinese jujube, is a highly valued plant native to China. Three species are known in Tunisia: Ziziphus lotus, Ziziphus spina-christi and Ziziphus jujuba. The Ziziphus jujuba also known as “anneb” is the most popular specie. This tree (Figure 1), with 10 cm of length and 50 cm of diameter, offer a delicious read fruit (jujube) that was consumed fresh, dried and processed (jams, loaf, cakes, etc.). The aim of this study was to attempt, for the first time, the chemical compositions of Z. jujuba fruits from Tunisia.

We could recommend following steps in order to get the most efficient results:
-Collect the mature fruits in the best conditions in order to reduce the damage caused by the transport.
-Look for the maximum conditions of storage to minimize the damaged fruits.

This work could help preserve this species by integrating it into sustainable agro-sylvo-pastoral development, especially in Tunisian arid regions. Thus, many efforts and encouragements (enclosure and planting) should be set to allow the expansion of this endangered species.

Ziziphus jujuba pulps can be used as accessible sources of polyphenols and as a possible food supplement. In fact, due to this richness on phenolic composition, many activities such as antifungal, allelopathic, antioxydant... could be accorded to Ziziphus jujuba fruits. .. So, it is necessary to encourage the pharmaceutical and cosmetic industries to manufacture products based on jujubes. 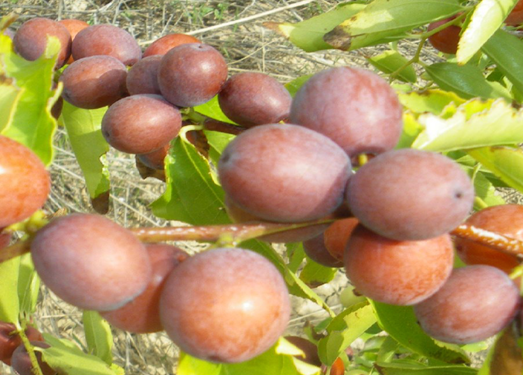