Phytochemical Characterization of the Seed Oil of Pinus Halepensis 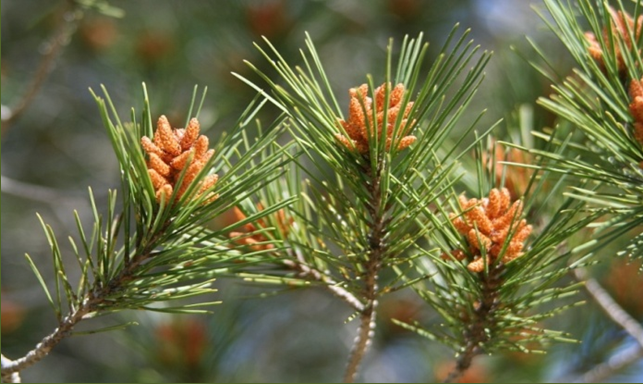 The massive use of antibiotics has led to the emergence of antibiotic resistance, which is a major public health issue. Several bacteria have developed multidrug resistance. They are included in the category of pathogens acquired in the community and in the hospital. This led to a strong demand for new antibiotics against pathogens and an interest was developed by the scientiﬁc community for the use of medicinal plants with antimicrobial properties.

We have projected for the ﬁrst time to study the impact of geographic variation and environmental conditions on the chemical composition, the antioxidant activities as well as the antitumor activity of two of Pinus halepensis Mill. Oils provenances, distributed under different ecological conditions in Tunisia.

One of the main ﬁndings in this study was that the selected Tunisian Pinus halepensis oil. medicinal herbs demonstrated good antioxidant activity, contained signiﬁcantly good amounts of phenolics compounds probably with anti-proliferative properties. Based on the results described above, we can speculate that Tunisian Pinus halepensis oil. Medicinal plants have high health prevention potential and could be considered in the formulation of new food products and dietary recommendations.

Despite some current deﬁciencies in experimental or clinical analysis, medicinal plants with anti-tumoral characteristics are effective and so are candidates for future therapeutic agents. We suggest that emphasis on identiﬁcation and testing of active ingredients in research in the future will assist better understanding of their anti-tumoral activity.

While plant agricultural biotechnologies have come to fruition due to the implementation of novel molecular marker-assisted crop breeding and genetic engineering, it is important to distinguish the many considerable achievements from several remaining questions and to point out future R&D needs.