Photo by Departmental Concil of the Vosges

Arnica montana, ssp montana is a vulnerable species (community interest, also present in the red list of Alsatian threatened flora). It is difficult to cultivate and its distribution is very limited. Several threats have been noted:
- Its medicinal stake is high and the pressure of picking is very strong on the Vosges mountains of Markstein.
- Acid and poor altitude grasslands on which they can grow are also areas of summer grazing and mowing, and the practices of agricultural improvement, modifying the degree of acidity and the composition of the soil, threatens their survival. .
- Moreover, this territory is an area of ​​outdoor sports that induce trampling or heavy development, undermining the survival of the Arnica.
The Regional Nature Park has been mandated to organize a protection approach.

A multi-stakeholder approach has been initiated in the Hautes Vosges on stubble in the Markstein - Grand Ballon sector to preserve the resource of Arnica montana ssp montana and its natural habitat (the "high stubble"), to maintain the economic issues that represents its picking, while reconciling the other uses of high altitude grasslands where this plant grows : cattle grazing, grass harvest, outdoor sports (skiing, gliding).

An agreement has been established since 2007 between the stakeholders of this sensitive territory to enforce harvesting and cultural practices for the conservation of the natural habitat (the high stubble) and the arnica resource. It involves in particular the 6 municipalities of the territory, the farmers and the pharmaceutical laboratories transforming arnica.
152 ha are currently registered. Up to 75 harvesters of arnica are involved and an average harvest of 8.5 tons / year is ensured.
The pharmaceutical laboratories contribute to the financing of the scientific monitoring of the resource.

- Harvesters must request an authorization from the Park to gather on the perimeter agreed and undertake to respect the specifications included in the agreement
- Farmers have signed with the municipalities owners of stubble in the agreement area, a "ready-to-use", agricultural agreement that allows to integrate the recommendations for the preservation of Arnica: they must in particular do not lime or fertilize the grasslands , and wait until the end of the harvest period to put the herds on pasture or to mow.
- A surveillance of the respect of the rules of picking is carried out by the agents of the Park, but also the elected officials of the communes and the rangers (green brigades in Haut-Rhin)
- A multi-annual monitoring is carried out to monitor the state of conservation of the Arnica montana population on the aera.

The 10 years of this experience allowed a control of the picking and an adaptation of the organization. The arnica resource has been preserved and is stable on the agreed territory. The action also had an economic impact, providing a consolidation of the income of 75 gatherers, and bringing a remuneration to the municipalities that own stubbles.
Communications in the media have led to increasing demands for arnica picking, but they have also given rise to more artisanal arnica enhancement initiatives, in addition to picking for large laboratories.
Growing demands are also coming from individuals who want to make recreational activities, demands that complicate the management of contracts.
The media coverage related to this activity on the Hautes Vosges is also a showcase promoting the territory: its landscapes, natural environments preserved etc.

The action has been extended to other species of PPAM present on the territory such as Euphrasia (Euphrasia rostkoviana) or very occasionally gentian (Gentiana lutea), also wanted for their properties. It could be extended to other wildlife species but also to other areas of the Park: a study is planned to know the needs and the actors involved.
This experiment can also serve as an example for other territories and for fragile forest harvesting. 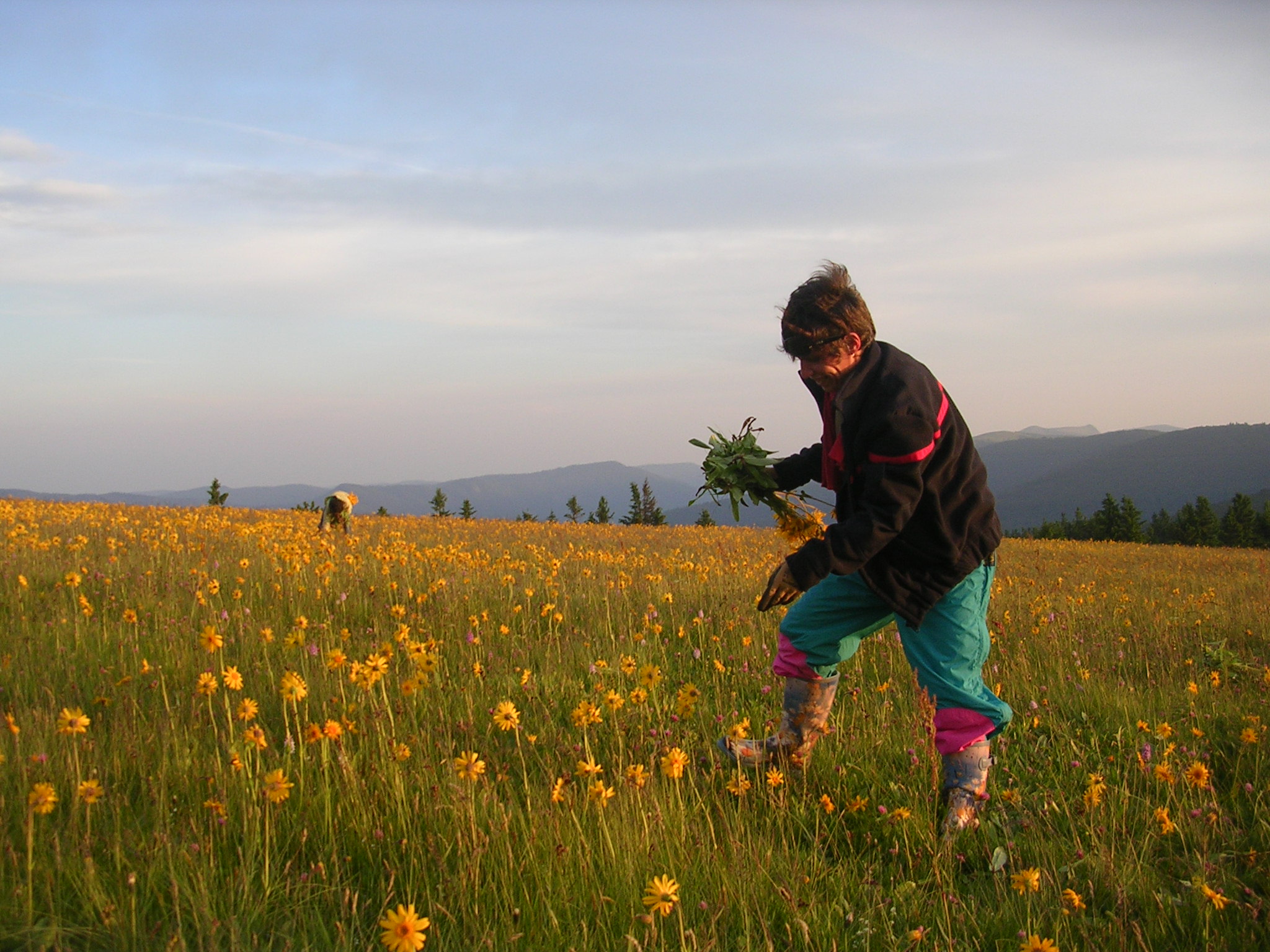