A methodology for optimizing Pinus pinea stands from an economic perspective. 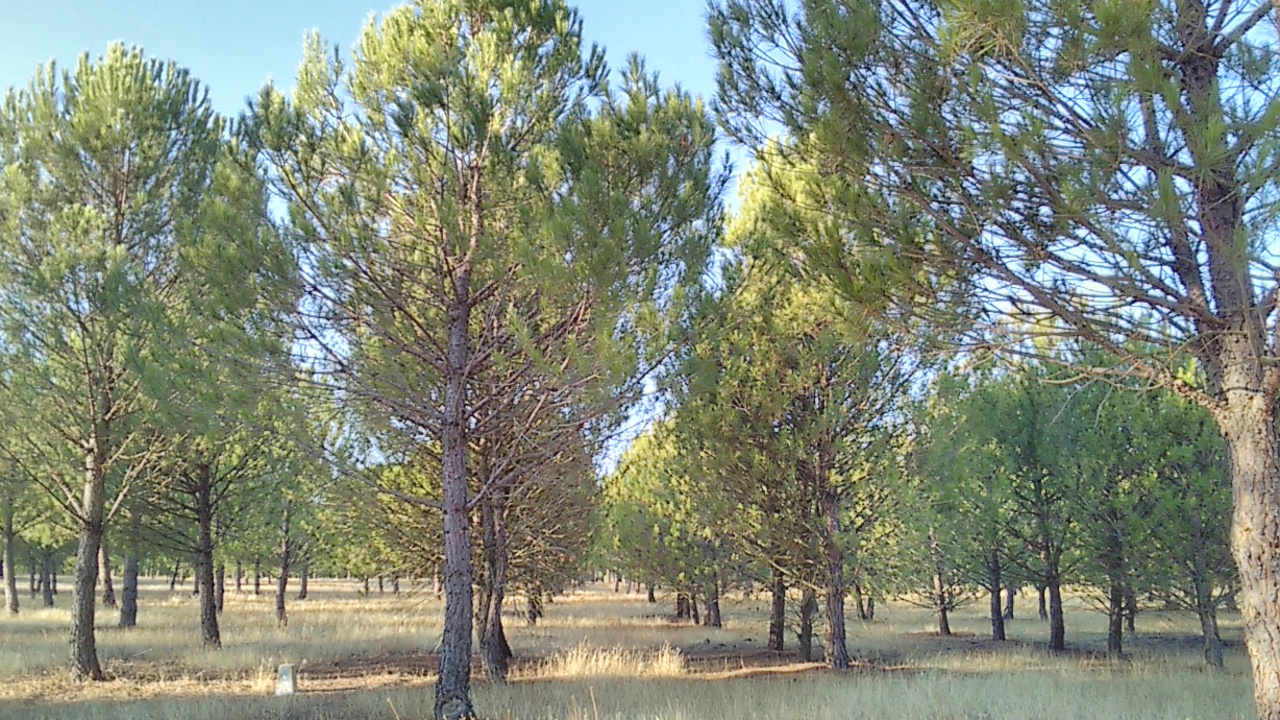 Pinus pinea is one of the most characteristic species of the Mediterranean. Its main economic importance lies in the production of pine nuts, a gourmet nut, although its timber is also used, and the pine forests provide further ecosystem services such as soil and water protection as well as landscape. Stone pine is characterised by the masting habit of its cone yield, depending on the climate in previous years. Integrating masting as stochastic process in forest management planning  remains a challenge. A  cone yield model exists that is able to predict expected cone harvests and seed yields, although it is difficult to implement in medium-term forest management planning.

The aim is to present a methodology that allows the optimal management of Pinus pinea stands to be determined from an economic perspective when both cone and timber production are considered.  Thus, a simulation-optimisation method that implements the stochastic masting model together with an optimisation algorithm would help forest managers to optimise stand management under different price scenarios and market conditions.
Hence , the challenge is to integrate a cone yield model into a simulation-optimisation system which is capable to predict expected cone harvests and seed yields in a certain year, based on the climatic conditions of previous years.

The methodology developed consists of a simulation-optimisation system that integrates the growth and yield model for Pinus pinea in the Northern Plateau with an optimization algorithm (Hooke and Jeeves method). In order to integrate the stochasticity derived from climate in the cone production model, the scenario technique was used in the simulation–optimisation system. 500 stochastic climate scenarios were produced for the cone production of each analysed management schedule, making it possible to calculate the expected cone yield along stand development. To calculate the SEV (soil expectation value), all costs and incomes were discounted to the beginning of the rotation. It was assumed that rotations of exactly the same characteristcis were repeated to infinity.

An optimal management schedule from an economic perspective can be obtained for a given stand, based on market conditions, the climatic variables of previous years and the characteristics of the stands. For example, figure 2 shows the results of the optimization-simulation system applied to two different stands (with site indices of 21 and 20 m and stand densities of 715 and 296 trees/ha, respectively), considering a fixed cone price (0,3 €/kg) and different discounting rates (1, 3 and 5%). The results reveal the influence of discount rate on the optimal management of the stands. The vertical lines in the graphs indicate the moment at which thinnings take place, the last of them being the rotation length. The higher the discount rate, the shorter  the optimal rotation length. In the less dense stand 2, the number of thinnings decreased with decreasing discount.

The methodology has proved to be useful for identifying the optimal management of a Pinus pinea stand under certain economic condictions. However, its use by forest managers requires its implementation in a Decision Support System. Once the method has been implemented, forest managers will be able to determine the optimal stand management, based on the characteristics of the stand, market prices of cones and timber as well as discounting rates.

The next step is the implemention of the methodology in a user-friendly Decision Support System (DSS). The ideal option would be one where forest managers would only need to introduce input variables such as the site index, age and density of the stand, cone and timber prices and discount rate. The system could be used not only to determine the optimal management schedules of the stands, but also to test the situation under different hypothetical conditions, for instance, under an scenario of increasing prices. This type of DSS have been successfulliy applied in Finland (Monsu) for forest management at the stand level.