Mapping the potential for truffle production in a natural environment. Development of a method suited to the private forests of the Mont Ventoux (France) 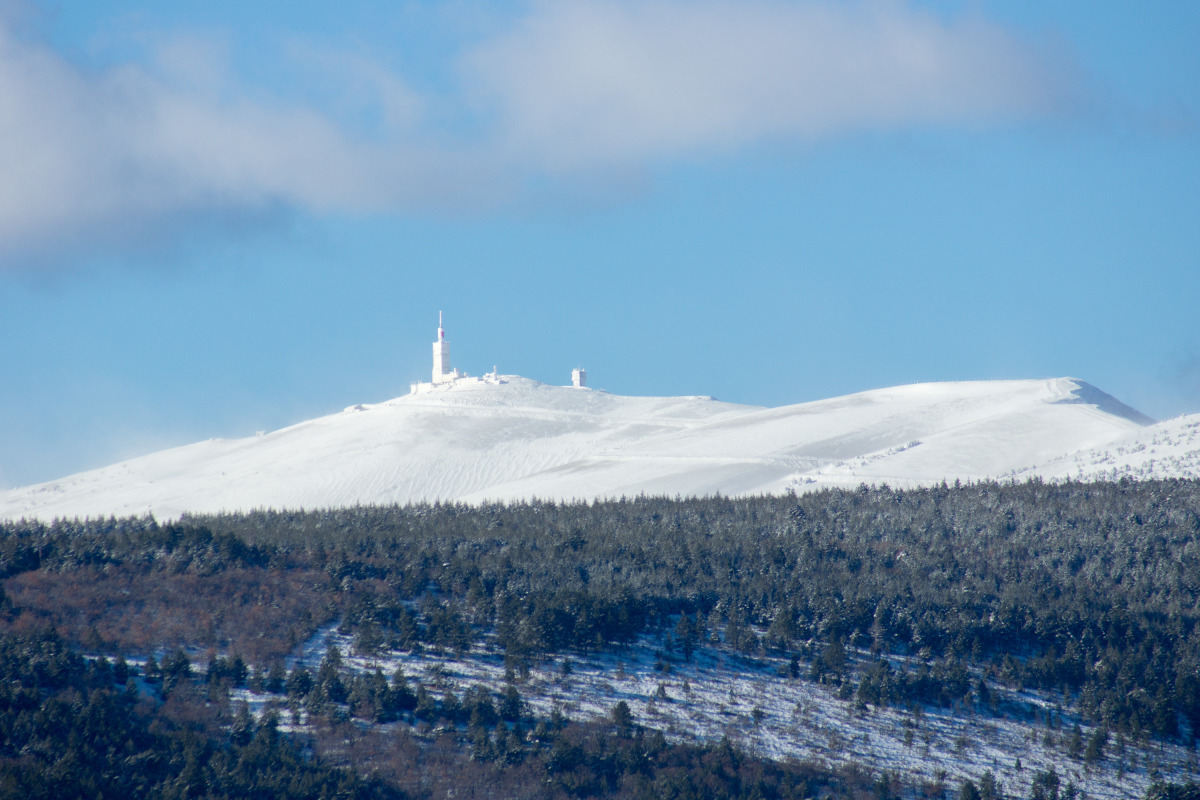 The black truffle, Tuber melanosporum, is an emblematic production of the Mont Ventoux where it has been cultivated since the beginning of the 19th century. However, its production has declined considerably over the last century, particularly because of the increase of the forest cover. Today, a revitalization of the truffle production is at stake for the forestry activity of this Mediterranean territory.
Before undertaking rehabilitation work, it is necessary to assess the potential of truffle production. Two factors condition this potential : the presence of Tuber melanosporum inoculum and pedoclimatic conditions. In this study, it is assumed that the Mont Ventoux soils have a homogeneous inoculum potential. The second factor only is therefore considered.

The aim is to map the potentiality of the black truffle production based on the current scientific knowledge already available. To do this, a truffle potential level is assigned to each point of the territory covered with forests. This must eventually allow managers to determine the level of investment in rehabilitating formerly truffle land based on expected potential production.

The truffle potential map established under the project on private forests covers 26,500 hectares including 13,000 hectares of forest, the rest corresponding to agricultural land or wastelands on which the method applied has not been validated.
It appears that the levels of potentiality are spatially distributed in three thirds. The first includes high to medium potential levels (8,800 hectares), concentrated on the plains and foothills west of the Mont Ventoux. The second concerns low potential levels (8,100 hectares) concentrated on the slopes of Mont Ventoux. Land that cannot be valued (9,600 hectares with zero potential or extensive) are rather in plateau situation. Finally, on nearly 50% of the surface, the potential is uncertain and needs to be evaluated by measuring a production factor.

This mapping allows:
- At the territorial level, to locate areas of good potential production.
- At the scale of a property, to answer the concern of the manager wishing to value a parcel.
But this approach does not dispense with a more detailed analysis to assess the potential and the nature of the work to be carried out: soil analysis, presence of the different biological forms of the truffle, organic matter levels, forest stand...

This method can be applied to other areas whose ancient truffle production is known. The availability of equivalent data to those that were used for this study is not strictly necessary because there are alternative methods. However, a more rigorous vidation method would consist in setting up a network of monitoring plots for the restoration of truffle habitats on the basis of a protocol integrating both the different levels of truffle potentiality and the state of the forest stands.

This method could also be used to produce production potential maps for other fungi. As it is practiced in the province of Soria in Spain, these maps could be a great help for the forest services to improve the production of edible fungi but also to guide the teams of gatherers and thus enhance mycological production. 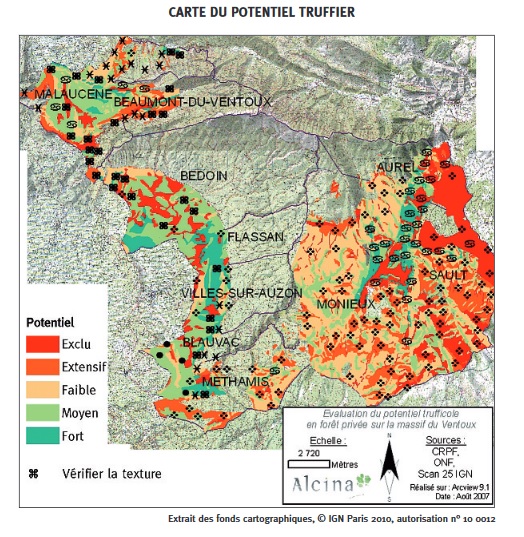