On both sides of the Alps, particularly in the Rhône-Alpes region, in Piedmont and the valleys of Liguria, mushroom harvesting is based on a harvesting economy, with no control over production or valorization (except truffles). The aim of the project is to improve knowledge on sylvicultural techniques to favor or not to favor the fruiting of forest fungi, and to popularize these so-called "myco-compatible" techniques with forest owners or managers.

The main purpose of the project is the development of sylviculture combining wood and fungal production. It also consists in developing, testing and popularizing technical itineraries that conciliate these two issues. In addition, there is the need to understand and analyze the mushroom value chain, and to determine the possible ways to organize collection and marketing of these products.

• Definition of silvicultural practices to promote forest mushrooms : this work was carried out on various types of stands (mixed forests, deciduous and resinous ones) thanks to the collection of existing knowledge and experiences from the various partners.
• Information and awareness raising among foresters on the importance of forest mushrooms and on "myco-compatible" silvicultural techniques in pilot sites.
• Writing and publishing of a mycosilviculture guide and brochures on edible mushroom species.
• Information to the general public during summer events.
• Collection of information on the local market through industry surveys.
• Identification of the expectations of the actors of the sector and first contact of these actors during a round table.

The mycosilviculture guide prepared under the Amycoforest project is an important tool for the dissemination of so-called "mycosylvicultural" techniques. It was created for all forest owners and managers so as to integrate edible mushroom production and/or fungal biodiversity protection into their management. However, the production of forest fungi is highly variable over time and space and depends on many factors (climate, soil, topography, etc.). A follow-up over several years is absolutely necessary to determine the production and diversity of mushrooms of a given plot.

This project was both technically and economically innovative. It also played a unifying role between the different territorial actors. It has finally established a lasting partnership between the French and the Italian institutions concerned.
The duration of the project, of 2 years, was an important constraint for the study of a production as variable as that of mushrooms. The study area also appeared to be one of the project's limits, given that a large part of the regional mushroom resource is situated in non-concerned departments, as well as some key players in the economic sector.

The willingness of the partners to continue the actions carried out under the Amycoforest project was very strong at the end of the two years of collaboration. In particular, it was planned to propose a new cross-border cooperation project within the framework of the ALCOTRA 2014-2020 program, in order to capitalize the knowledge and results acquired throughout the project, and to develop some aspects that were not covered in the Amycoforest project. Unfortunately, this approach could not succeed. However, frequent exchanges with the French and Spanish partners of the SUDOE Micosylva + project took place during the years following the finalization of the Amycoforest project so as to cross the results of both projects. 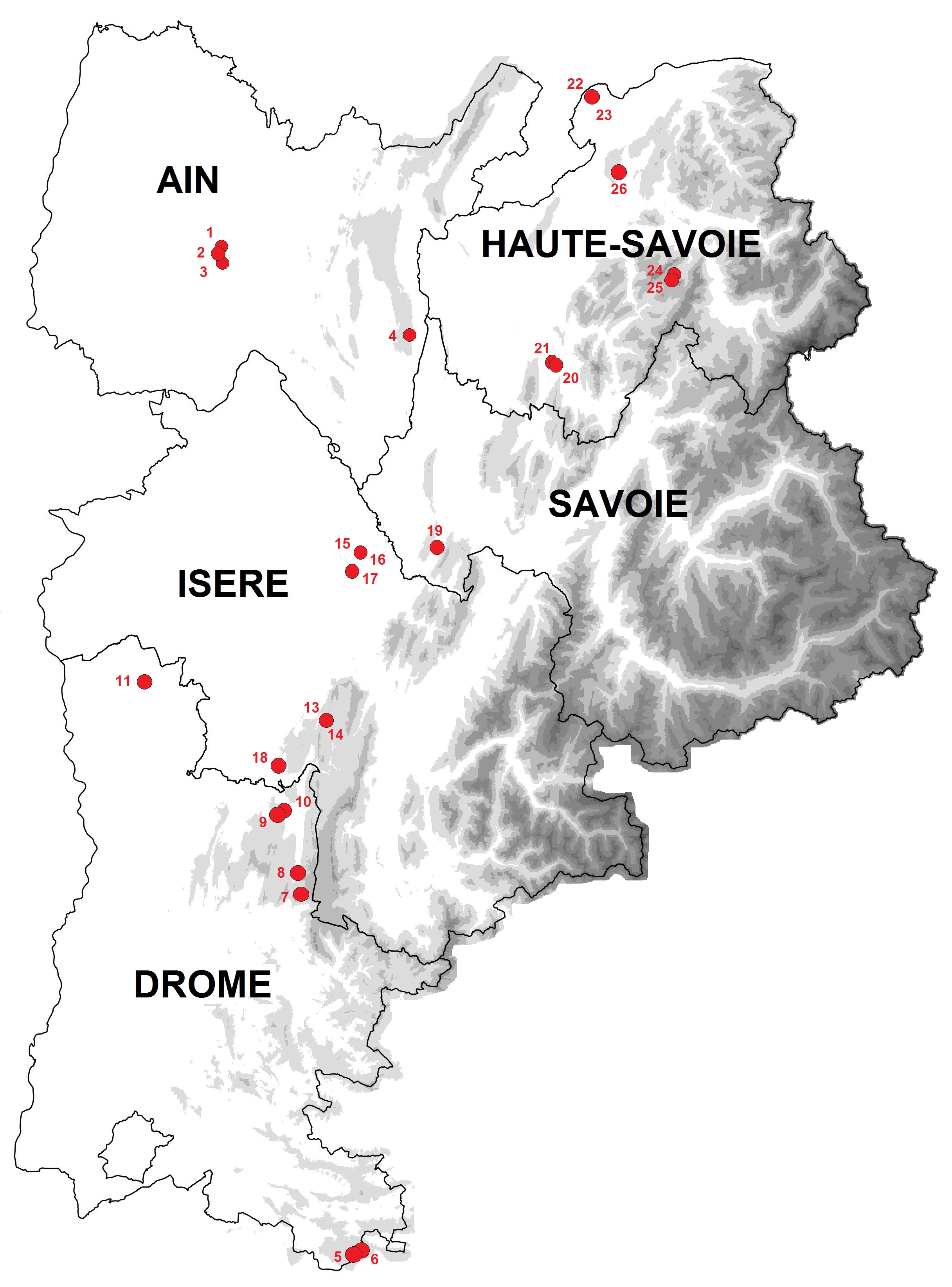